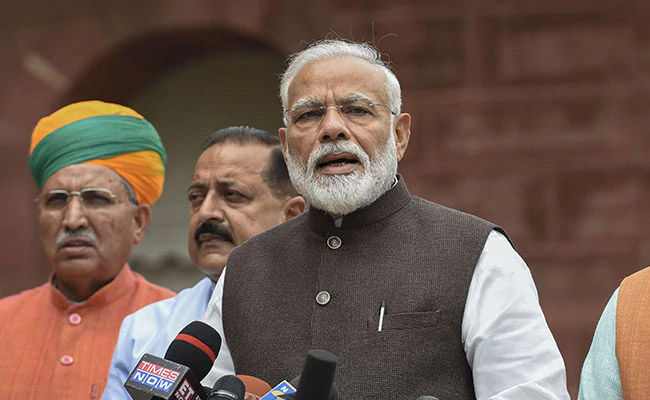 NEW DELHI, Nov 22:The cancellation of farm laws, the farmers’ demand of a law on Minimum Support price and tenure extension of chiefs of investigation agencies are expected to come up at the all-party meeting that will be held on Sunday before the beginning of the Winter Session of Parliament. The meeting — to be attended by Prime Minister Narendra Modi — will be held at 11 am on November 28, sources said.
The same evening the BJP will hold its parliamentary executive meeting. The NDA floor leaders are expected to meet around 3 pm. These meetings will also be attended by PM Modi sources said.
The big move in the Winter Session will be the withdrawal of the farm laws, for which the cabinet is expected to clear a bill on Wednesday. PM Modi had announced the withdrawal last week.
While the opposition has been demanding the withdrawal of the farm laws, they are expected to pin down the government on the other demand of the farmers — a law on minimum support prices of crops. The farmers have refused to withdraw their protest unless this demand, too, is accepted.
There is also a likelihood that the Trinamool Congress will raise the issue of violence in Tripura, over which they held a dharna at the North Block today.
More than a dozen MPs sat outside the office of Union Home Minister Amit Shah, protesting against the alleged police brutality against their party workers in the BJP-ruled state.