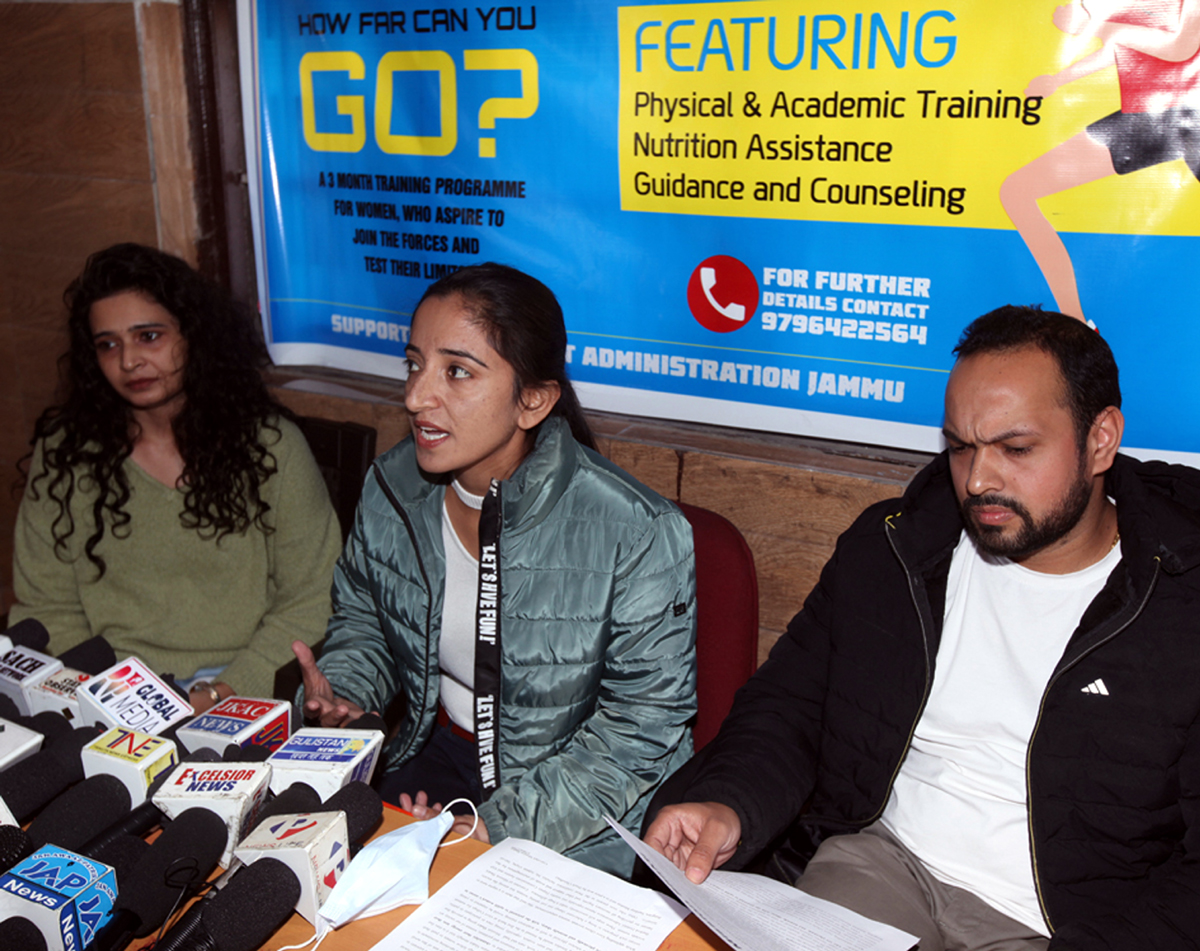 Excelsior Correspondent
JAMMU, Nov 21: Mission Shakti, a novel initiative for young women folk of the society, has announced first of its kind project for young women, who aspire to develop their strength, endurance and want to serve in armed forces but shy away due to lack of proper common platform.
And not only this, Mission Shakti also aims to inculcate a spirit of warrior, where challenges are welcomed and not taken as bad luck to lament.
Talking about the initiative, Preeti Choudhary, convener of Mission Shakti and renowned social activist, who is also first female Biker of J&K, said that this project will give platform to female aspirants. “As we are well aware of a rather very thin female participation in armed forces, the aim of this novel initiative is also to train females both physically as well as academics for the upcoming recruitment in Jammu and Kashmir Police,” she added.
“Mission Shakti has always tried to encourage fellow women to push their limits, be it in terms of biking, sports and physical fitness. Mission Shakti strongly feels it is time that our girls are given a platform where they can be guided to channelize their energy into their physical and mental strength. Often due to lack of resources and guidance, women of our society are hesitant to step outside the doors to learn, work, earn and lead,” said Preeti Choudhary.
Mission Shakti is going to provide free training and will encourage more and more women, especially young ones to participate in public sphere. Total 70-100 young females would be trained in the first batch at Govt College for women Gandhi Nagar Jammu wherein physical as well as academics training would be imparted to young females who are physically and mentally sharp, with the potential to uplift women’s status in society.
While applauding Govt efforts towards women empowerment, Preeti Choudhary said that there is an urgent need to initiate such programs to bring a behavioral change not just among women, but among the society towards women.
Other, who were present in the press conference, included Arpana Gupta, Shivali Bangotra and Sandeep Manhas.