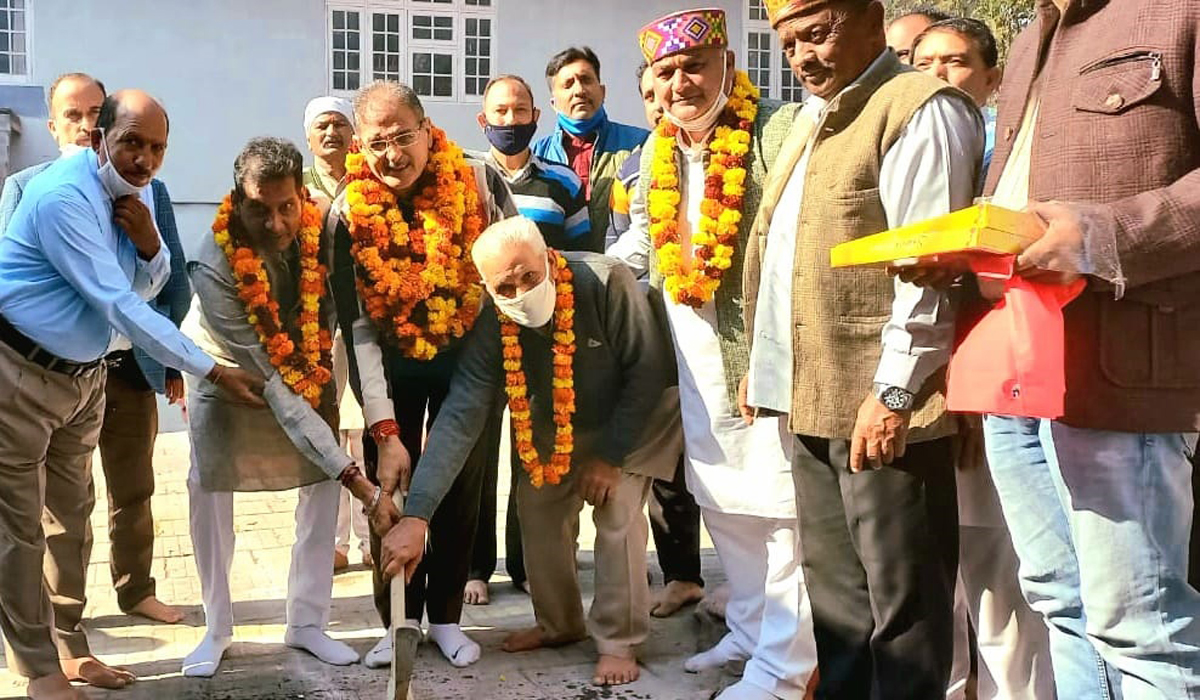 Excelsior Correspondent
JAMMU, Nov 21: Former Deputy Chief Minister, Kavinder Gupta along with Vinay Kumar Gupta president-BJP Jammu district and BJP Councillor, Raj Kumar Tarkhan kick-started the work of Sanjha Darbar community hall with an estimated cost of Rs 16 lakh at Talab Market Ward No.51 Channi Himmat of Gandhi Nagar Assembly segment near here, today.
The construction of community hall will be made under the supervision of the Jammu Municipal Corporation(JMC). Kavinder Gupta also admired the work performed by local councillor Raj Kumar Tarkhan in his Ward.
Kavinder, while speaking on the occasion said that the decades-old demand of the denizens of his constituency has been fulfilled. He said that BJP has always worked for the all round advancement of Jammu Kashmir and this type of work by BJP will begin again for the growth of all domains of society. He further added that the development is the mantra of the Modi Government’s slogan “Sabka Sath”, “Sabka Vikas”, “Sabka Vishwas” aur “Sabka Prayas” and every nook and corner of the Gandhi Nagar constituency is moving towards advancement under the umbrella of BJP.
Kavinder said the genuine demands of the people of the area have been fulfilled in a time-bound manner. He also stated that he will leave no stone unturned in the overall development of Gandhi Nagar constituency.
“I am optimistic that under the leadership of Prime Minister, Narendra Modi, we will conquer every challenge and continue India’s developmental voyage uninterrupted,” he said. He asserted that the people of Jammu and Kashmir have understood that BJP is the only antidote and there is a way for further development and in the coming time, the BJP Government will be established in Jammu and Kashmir with an absolute majority in a historical manner.
In a series of meetings with inhabitants Vinay Gupta, credited the Modi Government for improving the living standard of the deprived sections by bringing them into the mainstream with his determined, holistic and welfare policies and making India a powerful nation with his strong leadership. He further said that “The Modi Government has presented a unique example of unparalleled coordination of development, security, public welfare and landmark reforms”, he added.
Jagdish Raj Proch Ward president and prominent people of the area were present during the tour of Kavinder Gupta.