Home Kashmir Several recommendations made nearly 13 years back yet to be acted upon...
Kashmir 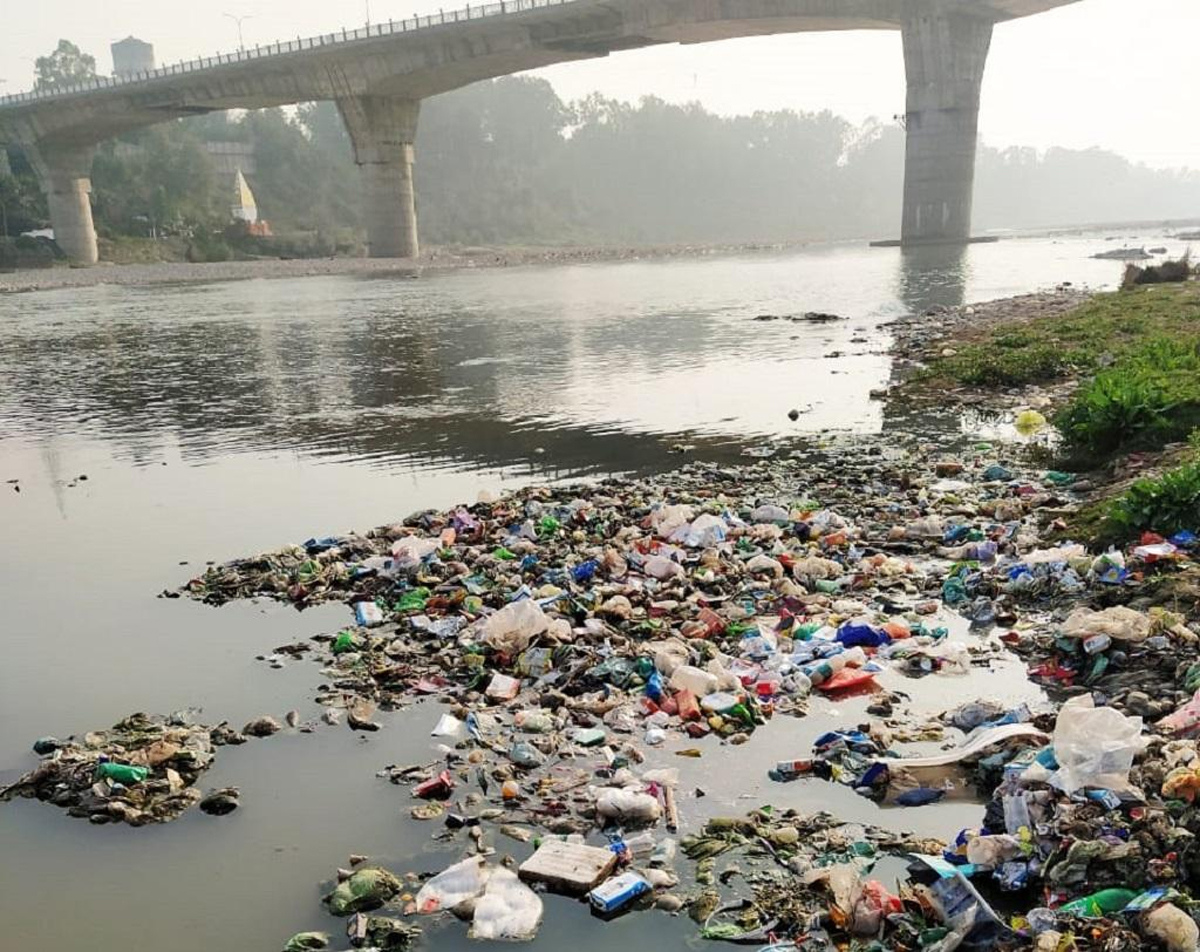 JAMMU, Nov 19: Notwithstanding the fact that overall water quality of River Tawi also known as ‘Surya Putri’ has not improved up to the desired level despite so many initiatives, several departments particularly the wings of Housing and Urban Development Department have yet not acted upon the recommendations made nearly 13 years back by the Jammu and Kashmir Pollution Control Board.
Official sources told EXCELSIOR that in the year 2009, the Jammu and Kashmir Pollution Control Board published a report on the water quality of River Tawi with several findings in order to guide the local authorities in addressing the issue of pollution of ‘Surya Putri’.
All the aspects particularly those leading to pollution of River Tawi and remedial measures required to improve the water quality were touched in the comprehensive report and accordingly numerous recommendations were made to be acted upon by different Government departments.
It was mentioned in the report that the origin of River Tawi from Dudu hills to its end course has vast risk of contamination from various effluents at each and every tributary or feeding channel. “The flowing water has significant self-purification capacity, which is self purified and diluted during course of travel of river water to some distance”, the report said.
However, due to several developmental activities along the banks of river and increasing population, the downstream stretches of river don’t get enough water supply as a result of which the pollutants discharged through several drains don’t get diluted thereby affecting the self purification capacity of river, the scientists of the Pollution Control Board had mentioned in the report.
“Though certain recommendations have been implemented by agencies of the Government many departments have yet not shown enough seriousness in this regard despite the lapse of several years for the reasons best known to them”, sources informed.
It was recommended that Sewage Treatment Plant of the Government Medical College and Hospital Jammu should be made functional on regular basis. However, this suggestion has not been taken seriously till date and plant at premier hospital of Jammu region doesn’t work round the year and as per the requirement projected by the Pollution Control Board, sources said.
In the report, stress was laid on use of Environment Impact Assessment and Environment Management Plan tool for township and residential colonies for individual and community activities. But, these aspects have not received the seriousness of the concerned wings of the Housing and Urban Development Department, they further said.
“Similarly, there is no compliance to the recommendation—making consent to establish mandatory for new township or residential colonies on the line of industry while keeping in view the necessity of river/water body under Environment Protection Act”, sources further informed, adding “the recommendation regarding making designers and builders of sewerage/drainage system responsible for treatment and utilization of waste waters on long-term basis has also not been acted upon in letter and spirit”.
It was further recommended that Economic Reconstruction Agency (ERA) should finance Urban Environment Engineering Department (UEED) or Public Health Engineering Department for setting up of two labs near Sidhra bridge and near Bhagwati Nagar to monitor water quality of river Tawi. But, there is compliance of this recommendation also and when EXCELSIOR contacted the concerned agencies they tried to put ball in each other’s court.
“The non-seriousness towards several recommendations is notwithstanding the fact that water quality of River Tawi has not improved up to the desired level till date”, sources said and stressed that all the concerned departments should work in coordination for improving the water quality of River Tawi. Moreover, general public should desist from throwing waste in any form in the river if they really consider the water body as ‘Surya Putri’ as people throwing waste in the river from the bridges can be easily seen particularly in the wee hours.