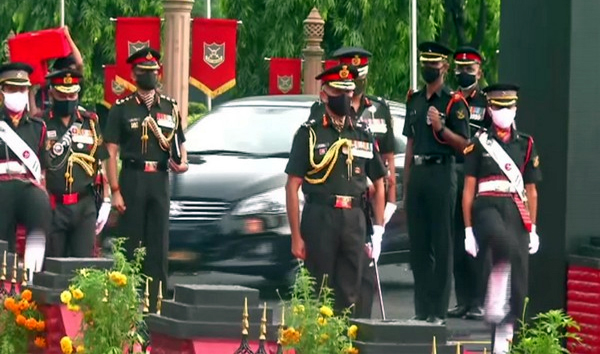 Tamil Nadu, Nov 20: 178 cadets including 124 men, 29 women 25 foreign nations passed out of the Officers training academy in Chennai on Saturday.
“A total of 124 Gentlemen Cadets of the SSC-112 and 29 Women Cadets of the SSC (W)-26 Courses got commissioned. 16 Gentlemen Cadets and nine Women Cadets from Friendly Foreign Countries also completed their training,” read the official release of the Indian Army.
The parade was reviewed by Lieutenant General CP Mohanty, Vice Chief of Army Staff, who also presented the Sword of Honour and OTA Gold Medal to ACA Siddhanth Sharma, Silver Medal to BUO Dimple Singh Bhati and the Bronze Medal to BCA Muneesh Kumar, as per the release.
The officers go through eleven months of integrated training which transforms these “men and women into future leaders of the Indian Army.” (Agencies)