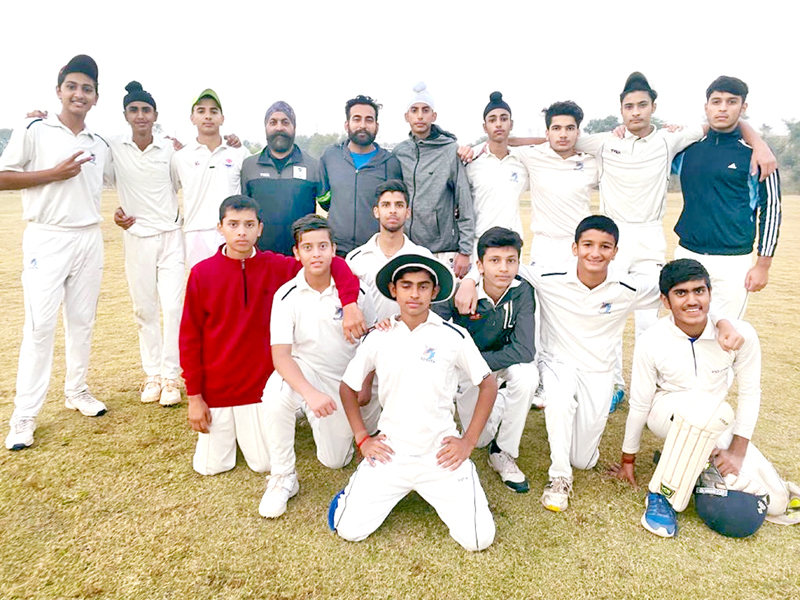 Excelsior Sports Correspondent
SAMBA, Nov 18: Vriddhi Royals trounced Game Changer by 63 runs in the ongoing Winter Cup Under-16 at Shubham Khajuria Cricket Ground 17-Miles, near here today.
About four teams are participating in this tournament wherein today’s match was played between Vriddhi Royals and Game Changers.
Vriddhi Royals won the toss and elected to bat first and scored 302 runs for the loss of five wickets in stipulated 50 overs. Ashutosh made a brilliant century, while Tegvansh smashed 67 runs off 45 balls with the help of 2 maximums and 8 crispy boundaries and remained unbeaten. From the bowling side, Dhruv Sharma took 2 wickets.
In reply, Game Changer scored 240 runs by losing 9 wickets in stipulated overs. Dhruv Sharma scored 86 runs, while Rishav made 60 runs. From the bowling side, Sagar was the wrecker-in-chief who took 5 wickets including hat trick, while Tegvansh clinched three important wickets.
Vriddhi Royals won the match by 63 runs, whereas Tegvansh Singh was declared as man of the match for his all round performance. Ranji player, Shubham Khajuria was also present during the match who encouraged the youngsters.