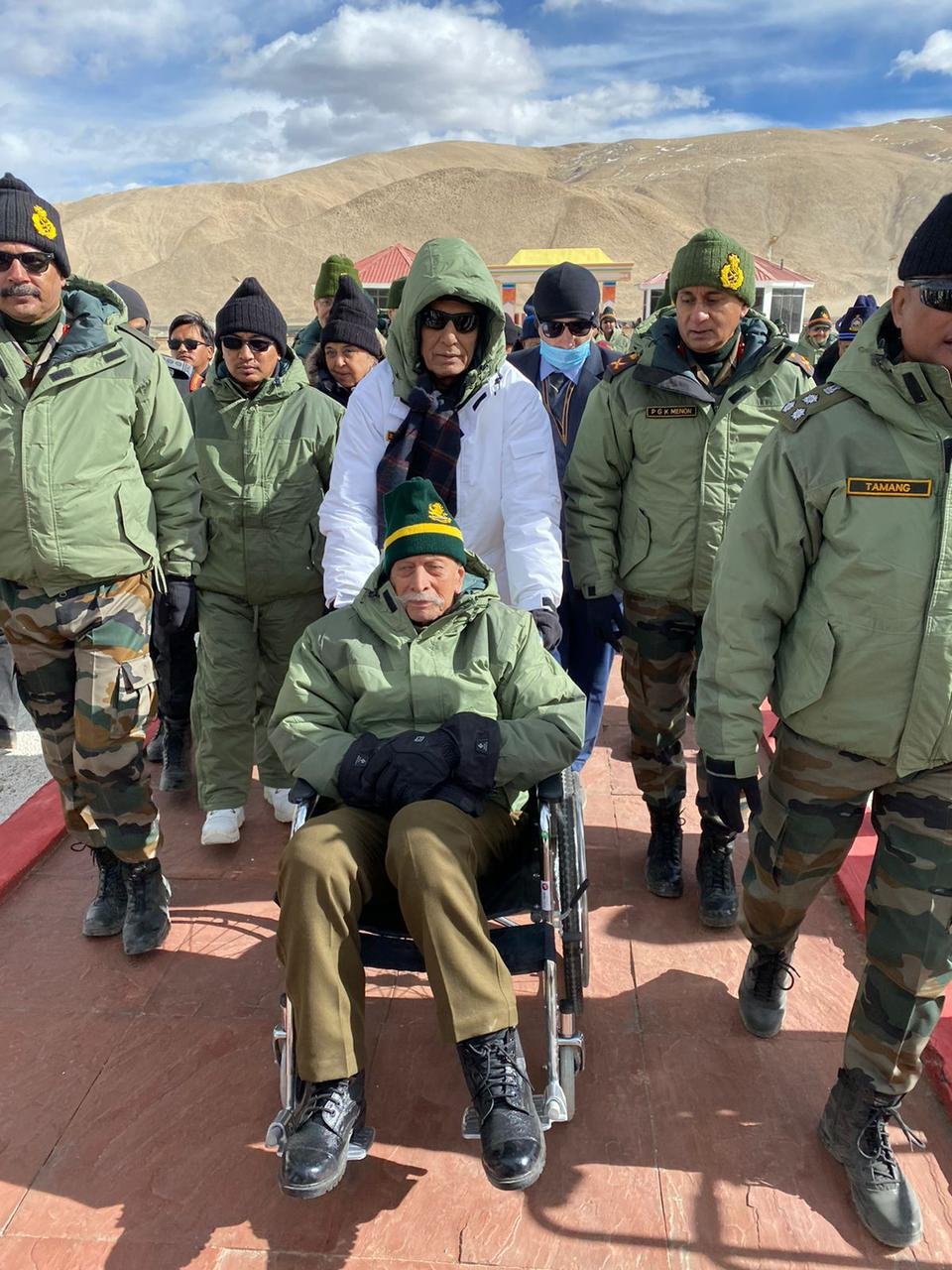 Chushul (Ladakh), Nov 18: Defence Minister Rajnath Singh here on Thursday escorted an army veteran, who bravely fought in the battle of Rezang La during the 1962 war with China.
Udhampur Public Relations Officer, Ministry of Defence, tweeted a video of the minister escorting the army veteran who is seated in a wheelchair. “Brigadier (retd) R V Jatar of 13 Kumaon, who bravely fought in the 1962 Sino-Indian conflict, being escorted by Raksha Mantri Rajnath Singh,” it said.
Rajnath Singh said in a tweet that he was overwhelmed to meet the army veteran and wished him a long life.
“I am fortunate enough that today I had the opportunity to meet Brigadier (retired) RV Jatar, who bravely fought the battle in Rezang La. He was the company commander at that time. I am overwhelmed by the feeling of respect for him and I salute his courage. May God keep him healthy and may he have a long life,” the defence minister said in a tweet in Hindi.
Rajnath Singh on Thursday dedicated to the nation renovated Rezang La Memorial at a solemn ceremony at Chushul in Ladakh.
The Memorial was constructed in 1963 in the Chushul plains, at an altitude of over 15,000 feet, right at the India-China border to honour the troops of Charlie Company of 13 KUMAON Regiment, who on November 18, 1962, had defended Rezang La and the surrounding areas located at over 16,500 feet on the Kailash Ranges in Eastern Ladakh.
The decision to renovate the Memorial was taken by Rajnath Singh when he had visited Leh in June this year.
The renovation of the Memorial commenced in mid-July and the complex was ready within three months for inauguration on the 59th anniversary of the battle.
Rajnath Singh paid homage to the gallant Indian soldiers who fought the Battle of Rezang La and laid wreath at the Memorial. (Agencies)