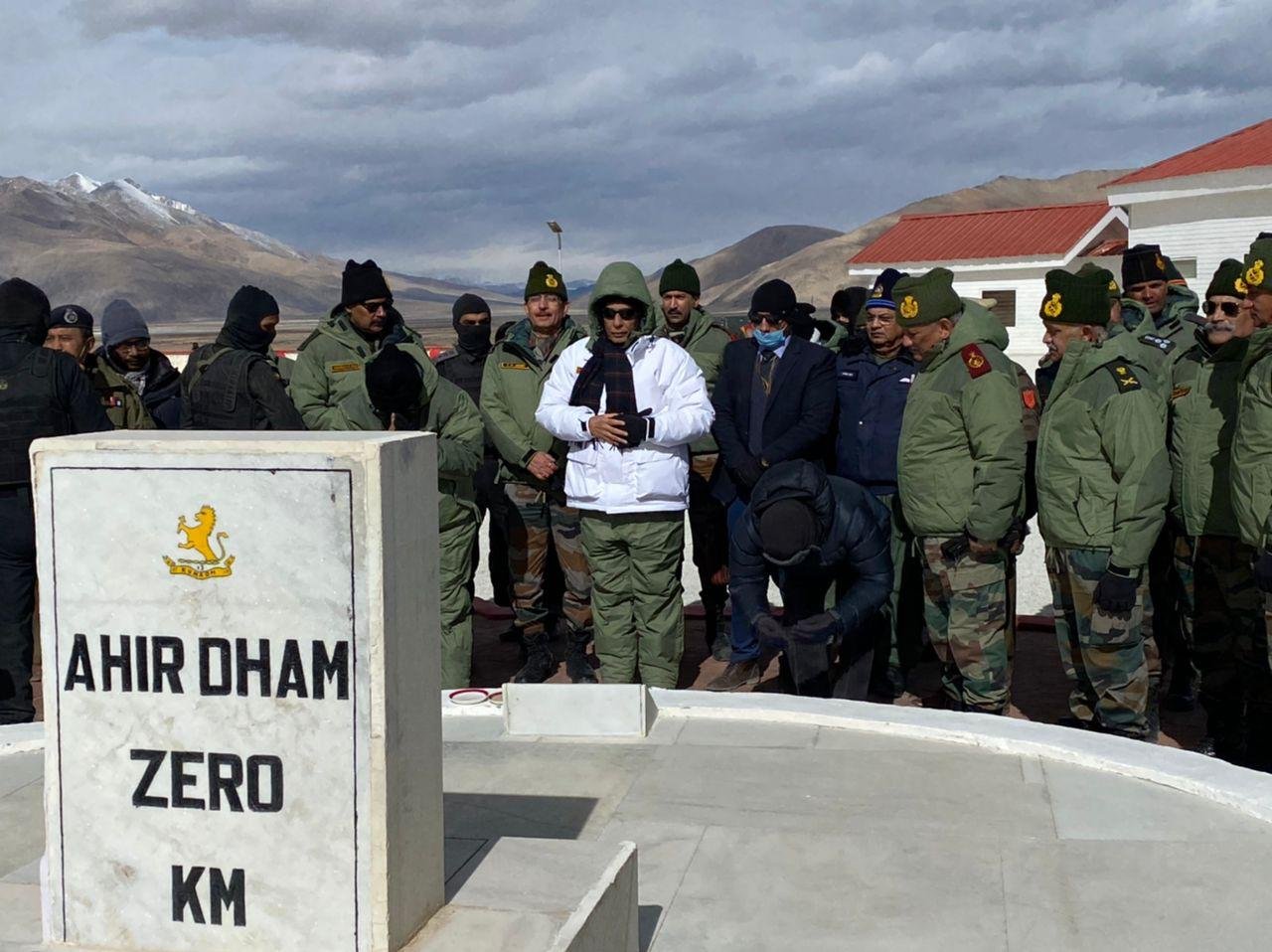 NEW DELHI, Nov 18: Defence Minister Rajnath Singh on Thursday inaugurated a revamped war memorial in eastern Ladakh’s Rezang La, the site of an epic battle where Indian troops bravely fought the Chinese soldiers in 1962.
Singh described the monument as an example of the determination and indomitable courage displayed by the Indian Army that he said is not “only immortal in the pages of history, but also beats in our hearts”.
“The historic battle of Rezang La, fought at an altitude of 18,000 feet, is difficult to imagine even today. Major Shaitan Singh and his fellow soldiers fought till ‘last bullet and last breath’ and wrote a new chapter of bravery and sacrifice,” he said.
The defence minister tweeted that he paid tributes to the Indian soldiers who made their supreme sacrifice while reaching Rezang La, located amid the inaccessible hills of Ladakh, in the 1962 war.
“The Battle of Rezang La is considered one of the ten greatest and most challenging military conflicts in the world,” he said.
The revamped war memorial has been thrown open at a time India and China have been locked in a bitter border standoff in eastern Ladakh for nearly one and half years.
The Indian Army had occupied a number of mountain peaks in Rezang La region in August last year following China’s aggressive posturing and failed attempt to intimidate Indian troops.
The eastern Ladakh border standoff between the Indian and Chinese militaries erupted on May 5 last year following a violent clash in the Pangong lake areas and both sides gradually enhanced their deployment by rushing in tens of thousands of soldiers as well as heavy weaponry.
The tension escalated following a deadly clash in Galwan Valley on June 15 last year.
As a result of a series of military and diplomatic talks, the two sides completed the disengagement process in the north and south banks of the Pangong lake in February and in the Gogra area in August.
The last round of military talks on October 10 ended in a stalemate following which both sides blamed each other for the impasse.
In a strong statement after the 13th round of talks, the Indian Army said the “constructive suggestions” made by it at the negotiations were neither agreeable to the Chinese side nor could Beijing provide any “forward-looking” proposals.
Each side currently has around 50,000 to 60,000 troops along the Line of Actual Control (LAC) in the sensitive sector. (Agencies)