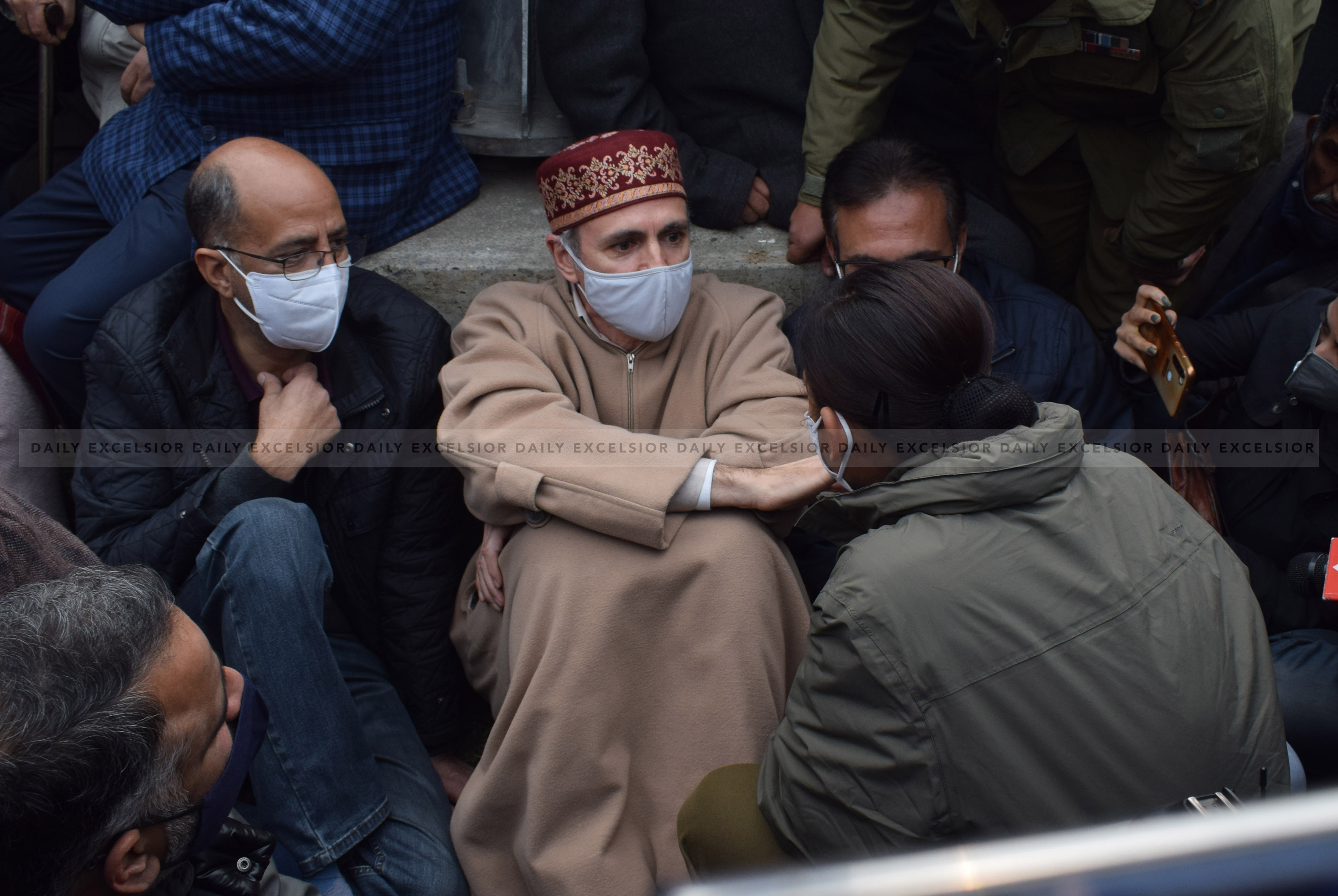 Srinagar, Nov 18: Former Jammu and Kashmir Chief Minister and National Conference leader Omar Abdullah on Thursday staged a protest in Srinagar and demanded bodies of two civilians killed in Hyderpora encounter to be returned to the families for their last rites.
Speaking to the media, Abdullah said, “I have to stage this protest to express my anger and helplessness.”
“We are demanding the bodies of those civilians who were killed in the Hyderpora encounter and have not been returned to their families for the last rites,” he said.
“I don’t remember when did I protest like this before but this situation compelled me to sit in for a demonstration,” Abdullah said.
Speaking further, the National Conference leader said he does care about any inquiries or punishments. He is trying his best so that the families can get justice.
“I don’t care about inquiries or punishments. I don’t have any other option except to raise my voice for these families,” he added.
“Jammu and Kashmir police has also accepted that the civilians were killed in cross-firing. I just want the bodies of civilians to be returned,” he said.
Abdullah said today families were called before SP and control room in hopes of receiving the mortal remains but they were told to come back after two to three days.
An encounter between security forces and terrorists had broken out in the Hyderpora area of Srinagar in Jammu and Kashmir on November 15 after input was received by police regarding the presence of terrorists in an illegal call centre in a private building in the area.
The Jammu and Kashmir Police said that two terrorists identified as Haider, a foreign Pakistani terrorist and his associate Amir Ahmad resident of Banihal (a hybrid terrorist), were killed in the encounter.
It said the owner of the building, Altaf Ahmad, as well as tenant, Mudasir Ahmad, were also called to accompany the search party. However, in the encounter with terrorists, both received critical gunshot injuries and succumbed to their injuries. (Agencies)