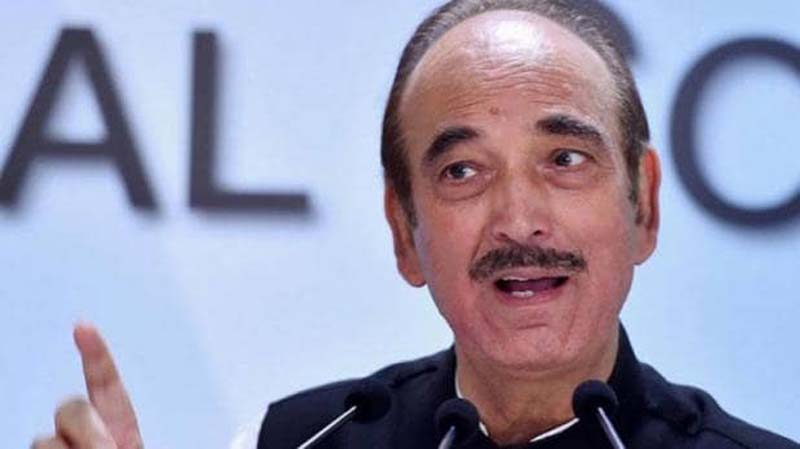 Kathua, Nov 18: Senior Congress leader and former chief minister of Jammu and Kashmir Ghulam Nabi Azad on Thursday demanded a judicial inquiry into the Hyderpora encounter.
This comes after the Jammu and Kashmir administration ordered a magisterial inquiry into the encounter which took place on November 15.
“I demand a judicial inquiry into the Hyderpora encounter to find out how and why people were killed. It is a case of police and not of Army. There should be a judicial inquiry under a High Court judge,” the Congress leader told reporters on the sidelines of a public rally held in Kathua today.
“While I respect the police, and I have been a great admirer of the Amry and security forces, but at the same time, we should ensure that such things do not happen. That too in Srinagar city. If such thing takes place in the capital then people will raise eyebrows on what must be happening in the hinterland,” he added.
The Congress leader also condemned the various incidents of targeted killings in Kashmir last month.
“For 20 consecutive days, 6-8 targetted killings took place here. It’s been 3 months and we do not know anything. There should be a probe into this also. We should get into depth as to who was behind this and arrest them,” said.
Srinagar District Magistrate today issued orders for magisterial inquiry into the encounter at Hyderpora.
As per the order, Additional District Magistrate, Srinagar, Khurshid Ahmad Shah has been nominated as Inquiry Officer for conducting the enquiry into the matter so as to ascertain the facts and circumstances related to the incident and the cause of death.
An encounter between security forces and terrorists had broken out in the Hyderpora area of Srinagar in Jammu and Kashmir on November 15 after input was received by police regarding the presence of terrorists in an illegal call centre in a private building in the area.
The Jammu and Kashmir Police said that two terrorists identified as Haider, a foreign Pakistani terrorist and his associate Amir Ahmad resident of Banihal (a hybrid terrorist), were killed in the encounter.
It said the owner of the building, Altaf Ahmad, as well as tenant, Mudasir Ahmad, were also called to accompany the search party. However, in the encounter with terrorists, both received critical gunshot injuries and succumbed to their injuries. (Agencies)