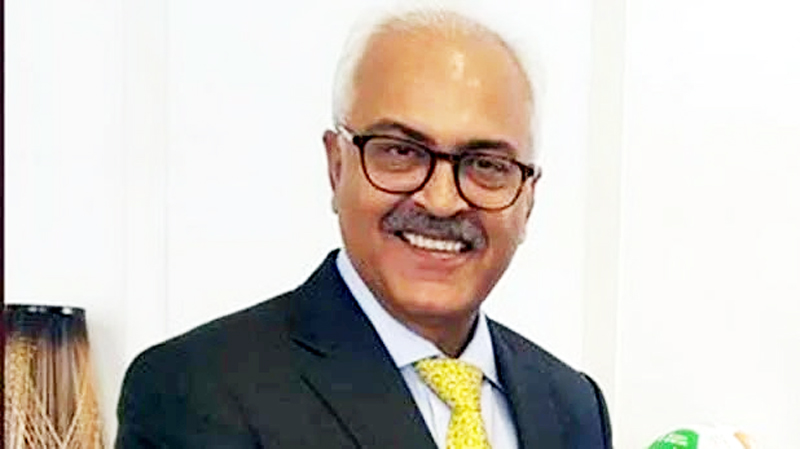 Sanjeev Pargal
JAMMU, Nov 16: Union Home Secretary Ajay Kumar Bhalla has called a meeting for high-level security review of Jammu and Kashmir in New Delhi tomorrow noon with top brass of police and Intelligence agencies of J&K besides the MHA officials Incharge UT.
While entire gamut of security situation in the Union Territory is likely to come up for review, there will be specific discussion on new challenge of hybrid militants posed in Kashmir valley who were instrumental in killing of non-local civilians and minorities to instil fear among the people.
Director General of Police (DGP) Dilbag Singh and J&K Intelligence chief Rashmi Ranjan Swain among others will attend the meeting from Jammu and Kashmir while the MHA officials Incharge J&K desk will join the meeting from New Delhi which is scheduled for 12 noon tomorrow and will be chaired by Union Home Secretary Ajay Kumar Bhalla.
Officials told the Excelsior that decisions taken in the previous high-level meetings by the Ministry of Home Affairs and their implementation will also be discussed. The DGP and DGP CID are expected to give detailed briefing on security situation prevailing in the Union Territory with specific reference to the Kashmir valley,
“While issues are numerous, the Home Ministry at this particular time is concerned over targeted civilian killings by the hybrid militants which has potential to cause unrest among minorities and non-locals,” sources said, adding the Central Government wants an end to such killings.
The Government wants hybrid militants to be traced and eliminated or captured to send message to others who could be in the line to join the militancy, sources said.
Fourteen civilians have so far been killed during past one and a half month in targeted killings by the hybrid militants. The victims include members from minorities and non-locals. Large number of non-locals, mainly from Uttar Pradesh and Bihar, had migrated after the killings.
Ongoing operations against the militants especially during winter are also likely to come up for review during the meeting.
As per sources, security forces could launch offensive against the militants in the winters as many militants who are hiding in hilly areas will come down to plains due to snowfall.
For the purpose, the Home Ministry has already deputed 55 additional companies of Central Armed Police Forces (CAPFs) to the Kashmir valley recently including 30 of CRPF and 25 from BSF.
While the borders in Jammu and Kashmir have been calm with no major ceasefire violations reported since February 27 when Indo-Pak Armies had renewed ceasefire agreement for both Line of Control (LoC) and International Border (IB), some infiltration attempts have taken place on the LoC while Pakistani troops and militants were also trying to drop the weapons to this side using drones.
The MHA and the Jammu and Kashmir administration are also in touch with framing comprehensive strategy to tackle the challenge of arms dropping through drones and use of flying machines in hinterland by the militants for targeting security installations.
The National Security Guards (NSG) had deployed anti-drone technology near Jammu and Srinagar Airports to tackle the threat.
However, as per the Intelligence sources, the incidents of arms dropping through drones from Pakistan side on the Line of Control as well as International Border have gone down in view of strict surveillance being maintained by Army, BSF and other security agencies.
“Anti-drone technology has also been deployed at some of the forward areas,” sources pointed out.
It may be mentioned here that only few days back, Lieutenant Governor Manoj Sinha had met Union Home Minister Amit Shah in New Delhi and briefed him on security situation, developmental works/projects and other important issues of the Union Territory.