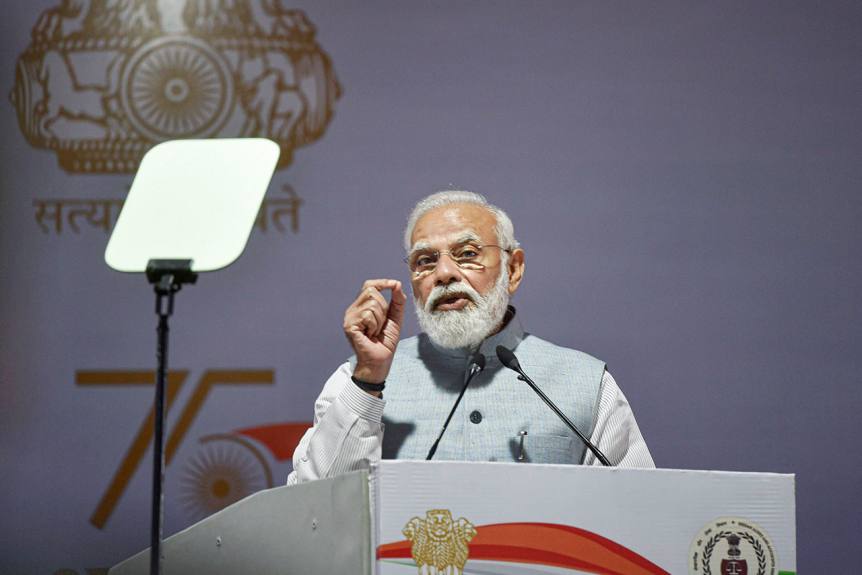 New Delhi, Nov 17: Underlining the fundamental role of States in the federal system of the country, Prime Minister Narendra Modi on Wednesday said Democracy is not just a system but a natural tendency of India.
Prime Minister attended the inaugural session of the 82nd All India Presiding Officers’ Conference via video conferencing on Wednesday.
Addressing the event, the Prime Minister said, “Democracy is not just a system in India. Democracy is India’s nature and natural tendency. We have to take the country to new heights in the coming years. These resolutions will be fulfilled only by ‘Sabka Prayas’ (everyone’s effort). And in democracy and the federal system of India, when we talk about ‘Sabka Prayas’ then the states play a key role.”
He emphasized that with the efforts of everyone the nation achieved new heights.
“Be it the solution to long-pending issues of Northeast or completion of big development projects halted for decades – there are numerous works like these that have been completed by the nation in the last few years. The biggest example is the nation’s fight against COVID,” he said.
“The nation fought this big battle in unity by bringing all the states together, this is historic in itself. Today India has crossed the milestone of 110 crore vaccine doses. Something that seemed impossible once is now becoming possible,” he added.
Prime Minister said the traditions and arrangements of the Parliament and Legislative Assemblies should be Indian in nature.
“Our policies, our laws should strengthen the spirit of Indianness. the resolve of ‘Ek Bharat, Shreshtha Bharat’ should be there. Our own conduct in the house should be according to Indian values. It is the responsibility of all of us,” he said.
The All India Presiding Officers’ Conference (AIPOC), the apex body of the Legislatures in India, is celebrating its hundred years in 2021.
To commemorate the centennial year of AIPOC, the 82nd edition of the All India Presiding Officers’ Conference is being held in Shimla on November 17 and November 18. The first Conference was held in Shimla in 1921.
Lok Sabha Speaker Om Birla, Himachal Pradesh Chief Minister Jai Ram Thakur and Rajya Sabha Deputy Chairman Harivansh Narayan Singh were also present at today’s event. (Agencies)