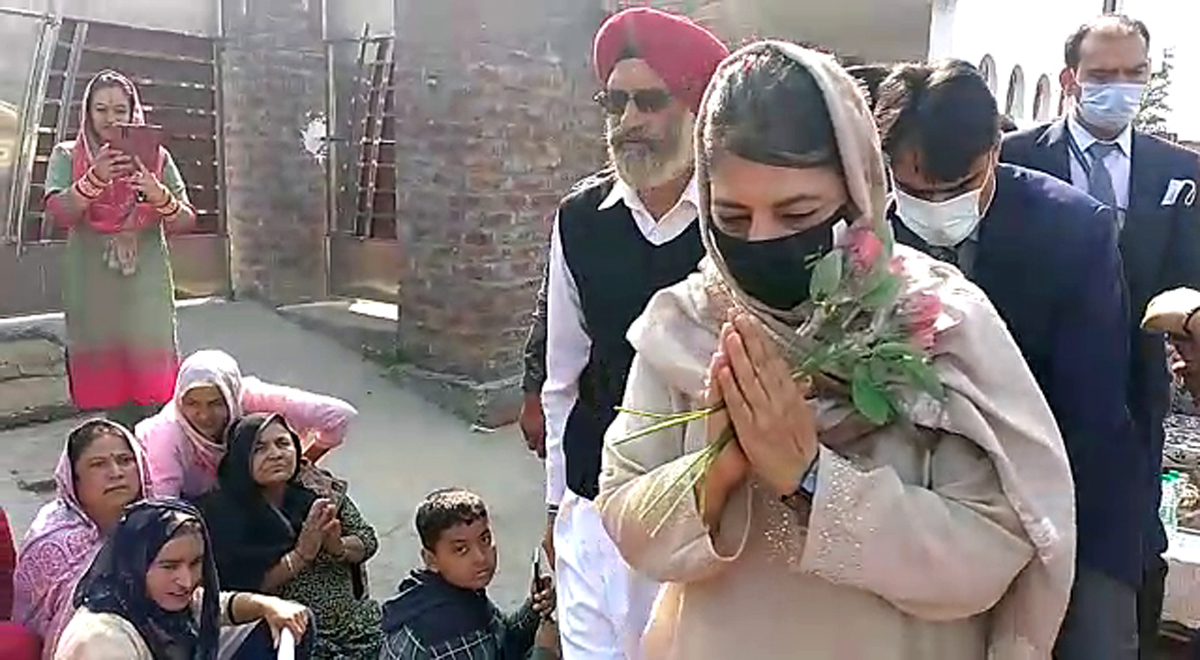 Excelsior Correspondent
JAMMU, Nov 15: Seeking adequate compensation to rain hit farmers, PDP President and former Chief Minister Mehbooba Mufti today lambasted the alleged callous attitude of the UT administration towards farmers who have suffered massive losses caused due to recent adverse weather conditions.
She alleged that Administrative inertia was compounding problems of the farmers, who are at the verge of starvation because of sudden change in weather and hostile attitude of the Government.
“I am told that the Government has assured peanuts to the farmers of RS Pura, Bishnah, Samba and other plains of Jammu as compensation, where farmers have suffered extensive damage to their standing crops”, she told media persons on the sidelines of series of party interaction programmes in RS Pura and Bishnah areas, here today.
Click here to watch video
Mehbooba said that the sudden change in weather has damaged the crop of farmers and brought them to the verge of starvation. However, she added, it seems that the administration, instead of assessing the damage on ground, has fixed the compensation sitting behind the four walls of their offices.
“This Government, I am told, has fixed Rs 600 compensation per kanal, which is disgraceful and disdainful for this hard working class of society,” she said, adding that rice cultivators of border belts of Jammu and apple and dry fruits in Kashmir contribute a major portion towards the economy of J&K and in both the regions, the losses suffered by the farmers run in crores.
Taking a dig at BJP-led Central Government, the PDP chief alleged that the party ruling the country has adopted a hostile attitude towards the farmers across the country and it seems Jammu & Kashmir is no different. “While they claim to provide free ration to 80 crore population of the country, they seem to miss the point that the one producing this food is the farmer of this country who has been at the receiving end of the anti-farmer policies of this Government,” she said.
Pointing towards Indo-Pak hostilities, Mehbooba Mufti reiterated that friendly relations between the two countries are paramount for sustainable peace and development of the whole sub-continent.
“Our people living along the border area deserve the incentives of such peace the most,” she said and recalled how her father Late Mufti Mohd Sayeed had deep affection for the people living in the border areas, who are the worst hit due to the hostility between India & Pakistan.