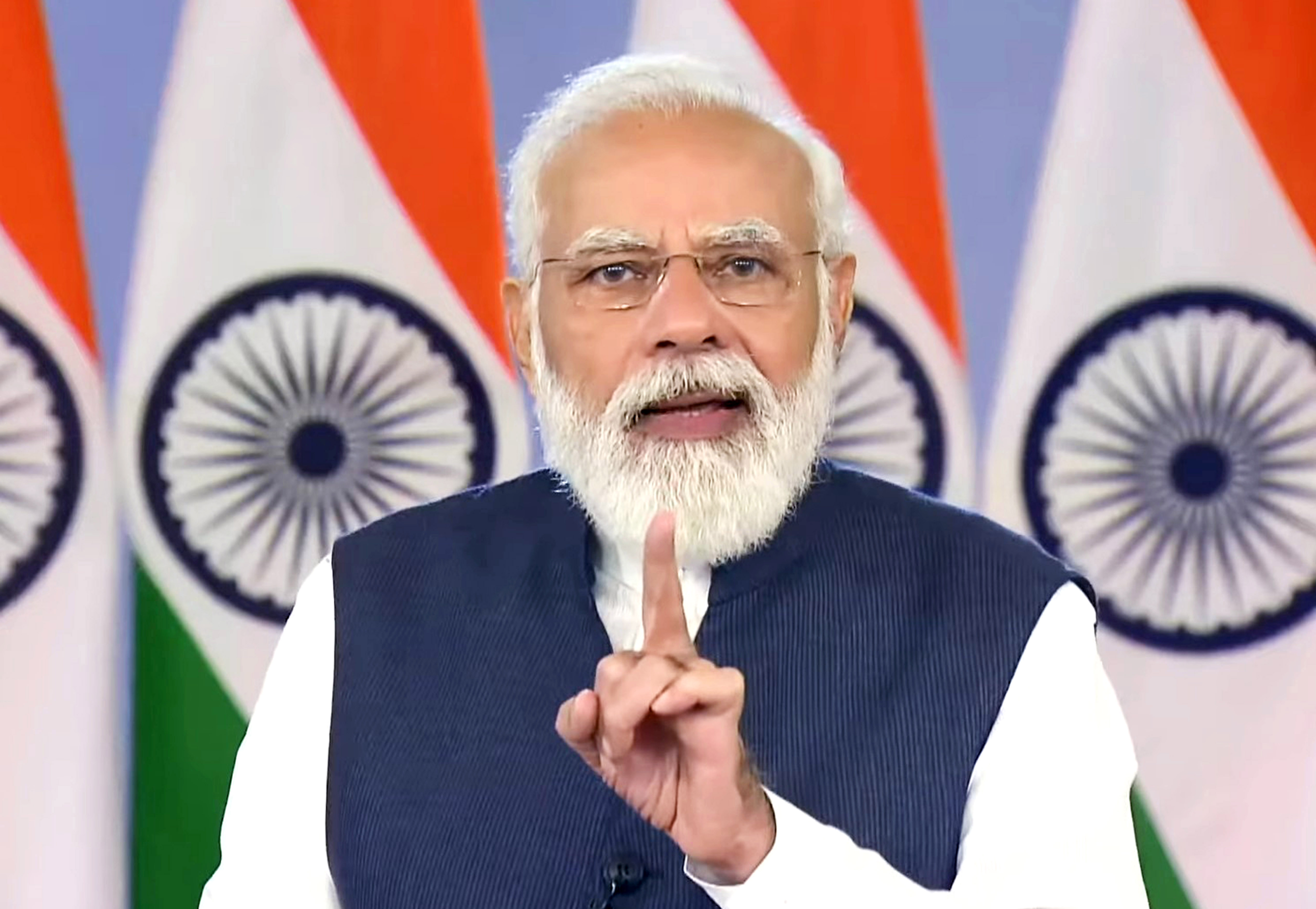 Madhya Pradesh, Nov 15: Highlighting the issue of negligence faced by the tribal community, Prime Minister Narendra Modi on Monday said those who ran the government in the country for decades after independence, gave priority to their selfish politics and followed the policy of exploiting tribal areas.
The Prime Minister arrived in Bhopal on Monday to participate in Janjatiya Gaurav Diwas Mahasammelan at Jamburi Maidan, Bhopal where he launched multiple initiatives for the welfare of the Janjatiya community.
Addressing the Mahasammelan, Prime Minister said, “Today, the country is celebrating its first Janjatiya Gaurav Diwas. After independence, for the first time in the country the art and culture of the tribal society, their contribution to the freedom movement and nation-building is being remembered with pride and honoured on such a large scale.”
PM Modi said the previous governments in the country did not acknowledge the contribution of the tribal society and exploited the tribal areas.
“Today, when we discuss the contribution of tribal society in nation-building from national forums, some people are surprised. Such people do not believe how much tribal society has contributed to strengthening the culture of the country. The reason for this is that the contribution of tribal society was either not told to the country and even if told, information was given in a very limited scope. This happened because, for decades after independence, those who ran the government in the country gave priority to their selfish politics,” stated the Prime Minister.
“The tribal region of the country has always been rich in terms of wealth, in terms of resources. But those who were in the government earlier followed the policy of exploiting these areas. We are following the policy of harnessing the potential of these sectors,” he added.
The Prime Minister further said the country cannot forget the bravery of Gond Maharani Veer Durgavati or the sacrifice of Queen Kamalapati. He said that the struggle of Veer Maharana Pratap cannot be imagined without the brave Bhils who fought shoulder to shoulder and made sacrifices.
“During the period of slavery, there were many struggles against foreign rule including Khasi-Garo movement, Mizo movement, Kol movement. It is our duty to bring the heroic stories of tribal heroes and heroines in the freedom struggle in front of the country to introduce them to the new generation,” said Prime Minister Modi.
“Recently Padma awards have been given. When the friends coming from tribal society reached Rashtrapati Bhavan, the world was shocked. People working in tribal and rural society are the real jewels of the country,” he added.
Remembering Babasaheb Purandare, he said, “The ideals of Chhatrapati Shivaji Maharaj which Babasaheb Purandare ji placed in front of the country, those ideals will continue to inspire us. I pay my heartfelt tribute to Babasaheb Purandare ji. The contribution made by Padma Vibhushan’ Babasaheb Purandare ji to the life of Chhatrapati Shivaji Maharaj, in taking his history to the common people, is priceless. The Madhya Pradesh government also gave him the Kalidas Award.”
The Government of India is celebrating November 15 the birth anniversary of Birsa Munda as Janjatiya Gaurav Diwas. (AGENCIES)