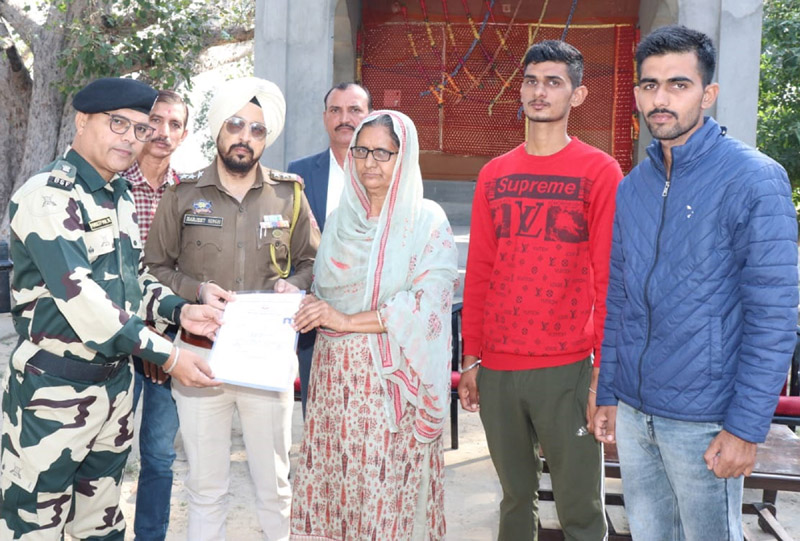 JAMMU, Nov 14: On Behalf of DG BSF, DC/Adjt, 36 BN BSF, Indreshwar Nagar, Pradeep Malik today handed over Operational Casualty Certificate to Santosh Rani, widow of Late BSF Head Constable Tilak Raj of village Kotli Bhagwan, Arnia, Jammu.
Besides handing over the certificate, family of Late HC Tilakraj, including his son namely CT Praveen Kumar of 28 Bn BSF were also informed regarding the facility of providing free cement for the construction of own house at the plot of 4000 sqft or less by Shree Cement and one letter received along with the OCC was also handed over to them for their future reference.
The family was also briefed to approach BSF Bn Hq at Indreshwar Nagar in case of any assistance or requirement from BSF as BSF officers are always there and salute the supreme sacrifice made by HC Tilakraj.
SHO Arnia, Inspr Harjeet Singh and others were present on the occasion.