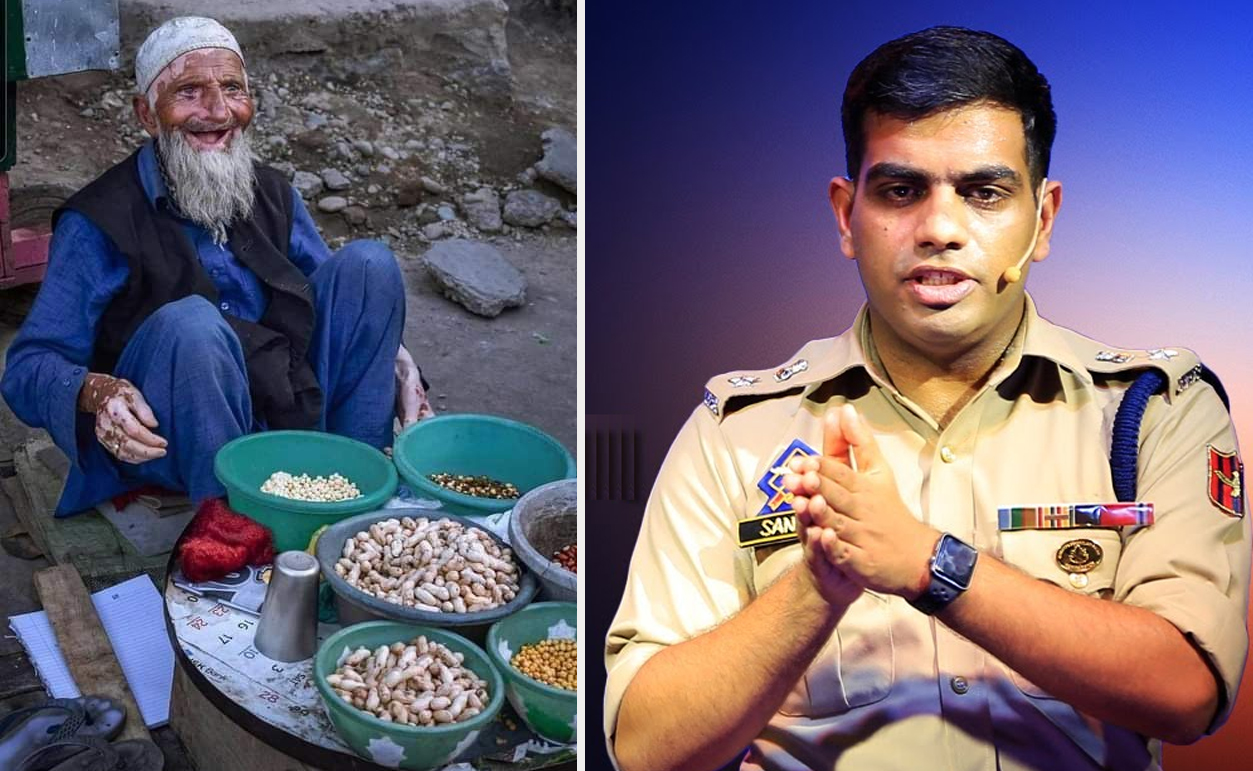 New Delhi, Nov 15: In a heart-warming gesture, a senior police officer in Srinagar came to the help of an old local vendor in the city after his life’s savings, which he had kept for his funeral, was looted by burglars.
Abdul Rehman, 90, a roadside ‘channa’ seller in the Bohri Kadal area of the city here was robbed of his personal savings by the burglars on Saturday. He had saved the money for his last rites, sources said.
The robbers thrashed Rehman, who lives alone, and took away Rs 1 lakh which he had kept with him for the fear of misplacing it, they said.
Moved by his ordeal, Senior Superintendent of Police Sandeep Chaudhary chipped in to help the elderly man, the sources said.
The police officer gave Rehman Rs 1 lakh from his own pocket which brought a smile to the vendor’s face, they added.
Meanwhile, the gesture earned praise for the city police chief on social media.
“The gesture of a police officer paying a robbed, old man from pocket is a unique and a noble gesture. Great work. @Sandeep_IPS_JKP,” Peoples Conference chairman Sajad Lone said.
“Appreciative decision by Srinagar police & @Sandeep_IPS_JKP towards the old aged Channa seller to assist him with the money of one lakh that was looted from his home. Abdul Rehman had saved the laborious money for his last rites; he sells snacks and lives all alone! Salute sir,” Deputy Mayor, SMC, Parvaiz Ahmad Qadri said.
Police have registered a case and investigations are underway. The sources said top police officers, including the SSP, were tracking the investigations. (Agencies)