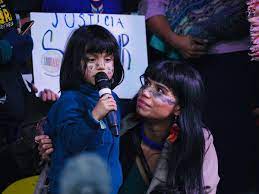 Melbourne, Nov 13: (The Conversation) At COP26 in Glasgow, the announcements came so fast there was barely time to give each proper scrutiny before the next arrived. I’ve attended many United Nations climate change conferences, but this fortnight felt different. The feeling of momentum was palpable.
Countries that in past years fought tooth-and-nail against stronger action stepped up with new commitments. Many of them joined an array of new partnerships and alliances struck in the first week.
As I write, negotiators are locked in tense talks to try and land the final COP26 agreement.
But whether the summit succeeds or fails doesn’t depend solely on the decisions reached this week.
From the outset, COP26 was seen not as an end point, but a kickstart to a decade of truly transformative action.
Only in coming years will we know if the event was a real game-changer for the planet, or just empty promises and spin.
The UK government, as the conference hosts, knew early on that most countries would bring new climate ambition – known in COP-speak as “nationally determined contributions”.
But it also knew these pledges would never be enough.
For COP26 to be successful in getting the world on the path of limiting global warming to 1.5 C this century, two things were required.
First were a series of side deals to kick things along. These came in the form of a new global pledge to reduce emissions of methane – a highly potent greenhouse gas – as well as deals on coal phase-out, deforestation, climate finance and more.
Second, countries would have to further ratchet up their commitments in coming years. That means the final negotiated outcome of COP26, due on Friday Glasgow time, must require nations to make immediate further increases in emission-reduction ambition.
As I write, that outcome is uncertain at best.
The first draft of the final agreement urges countries that didn’t bring a new and stronger 2030 target to Glasgow – such as Australia – to do so within a year.
Perhaps unsurprisingly, Australia is among a group of nations working to have that part of the text softened, or removed from the final agreement entirely. That is a worrying sign, though there will be many other countries fighting hard to ensure it stays in.
Negotiators have spent countless hours arguing over the minutiae of the final text, and there’s still a way to go yet. But if the final agreement is too weak, the 1.5 C goal is at serious risk.
The draft wording is weaker than that sought by a group of 50 of the world’s most climate-vulnerable countries, which want national commitments to be reviewed and strengthened each year between now and 2025.
However, the wording is still stronger than many observers anticipated.
And while COP26 is not yet over, it’s so far fallen short on one crucial measure – climate finance.
More than a decade ago, developed nations agreed to mobilise USD 100 billion a year by 2020 to support climate action in developing countries. This pledge has not yet been fulfilled.
Being an Australian at international climate talks is rarely a comfortable experience. Australia long ago cemented its reputation as a drag on global climate cooperation – known for its weak targets, obstructive approach and demands for special treatment.
However, even seasoned observers have been taken aback by Australia’s actions before and during COP26.
Australia went to Glasgow as just about the only developed country without a new and significantly stronger 2030 emissions reduction target.
The Morrison government then proceeded to use the Australia pavilion inside the COP venue to promote the interests of fossil fuel companies such as Santos.
Australia also refused to sign up to two signature deals at COP26 – the global pledge to cut methane emissions, and one to phase out coal-fired power.
Despite Australia’s recalcitrance, the coal pledge, in particular, is a big step forward in global terms.
In years past, nations agreeing to a coal phase-out were not particularly reliant on coal. This time, signatories included big coal-using nations such as Vietnam, Indonesia, Poland, the Ukraine and South Korea.
One energy-related announcement in Glasgow was particularly important for Australia.
Japan and South Korea, the second and third biggest buyers of Australian liquified natural gas (LNG) both signalled their desire to shift to hydrogen and renewables.
This development, among others, makes one thing abundantly clear: the world is moving fast while Australia stands still.
Sooner rather than later, Australia will feel the cost of its inaction – not just in the hit to our international reputation, but in foregone economic opportunities in the clean industries of the future.
International climate talks can feel far removed from the urgent reality of the climate crisis.
But at every COP, someone invariably manages to cut through the noise with a brutally honest and rousing contribution.
This year it was Barbados Prime Minister Mia Mottley, who at the outset of the conference excoriated leaders for failing on the promises of the Paris Agreement.
Mottley’s commanding eight-minute speech was a show-stopping moment. As world leaders including US President Joe Biden and British Prime Minister Boris Johnson looked on, Mottley declared a 2 degree C increase in global temperatures would be a “death sentence” for small developing island nations.
So did the world try harder in Glasgow? The progress we’ve so far seen during the conference, and in the lead up, would have been unimaginable only a few years ago. The surprise pact between the US and China – in which the two nations recognised climate change as an “existential threat” – is a case in point.
But the summit’s final outcome is still likely to fall massively short of what the science demands. The real test of COP26 is whether pledges are honoured, and if the talks have triggered a virtuous cycle of increased ambition and action over the next decade. (The Conversation)
(AGENCIES)