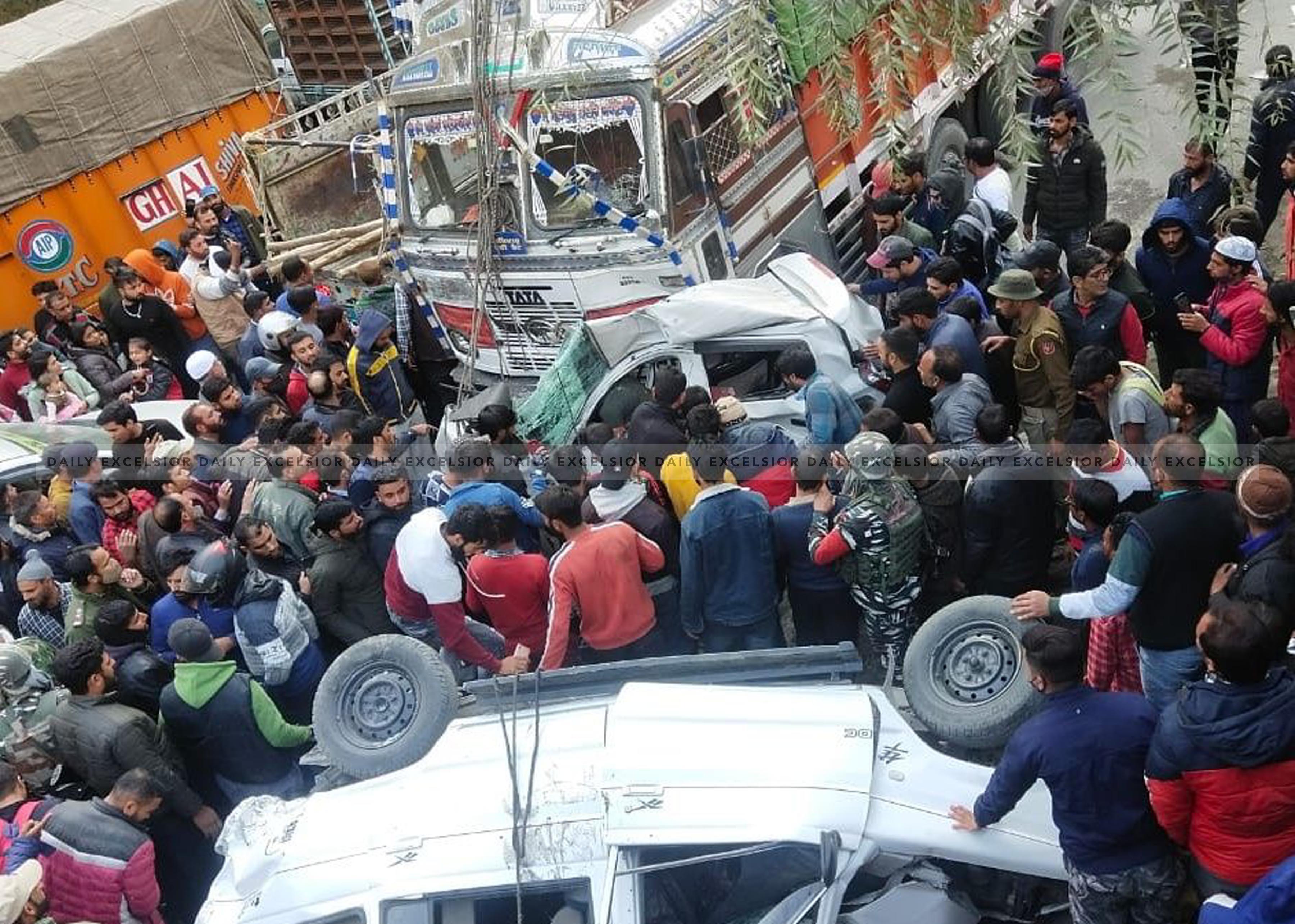 Ramban, Nov 14: Two people including a minor died in a road accident at Magarkot area of Ramban district.
As per the initial reports, an over speeded truck ran over two to three light motor vehicles in Magarkot area of Ramban district.
In this accident, officials said, two person are dead while some injuries are also suspected.
As per the details truck bearing RC No. HP38F 6278, hit tempo traveller, Tata Sumo bearing RC No. JK19 1270, Tempo JK01W 3416, Tata Sumo JK01G 6723.
As per the details the speedy truck hit Alto bearing RC No. JK13E 8524 in which driver a baby and a lady were traveling from Srinagar towards Jammu.
Officials said that both driver and baby died on spot dead, while women got injuried.
“Dead bodies and injured have been shifted to Ramsu hospital,” officials said.
The deceased have been identified driver Jatinder Singh 33, and 3 year old baby Navdeep Kour. The injuried lady has been identified as 30 year old Rimple Kour. (KNO)