Home Kashmir Indian at par with its neighbour in terms of developments at borders:...
Kashmir 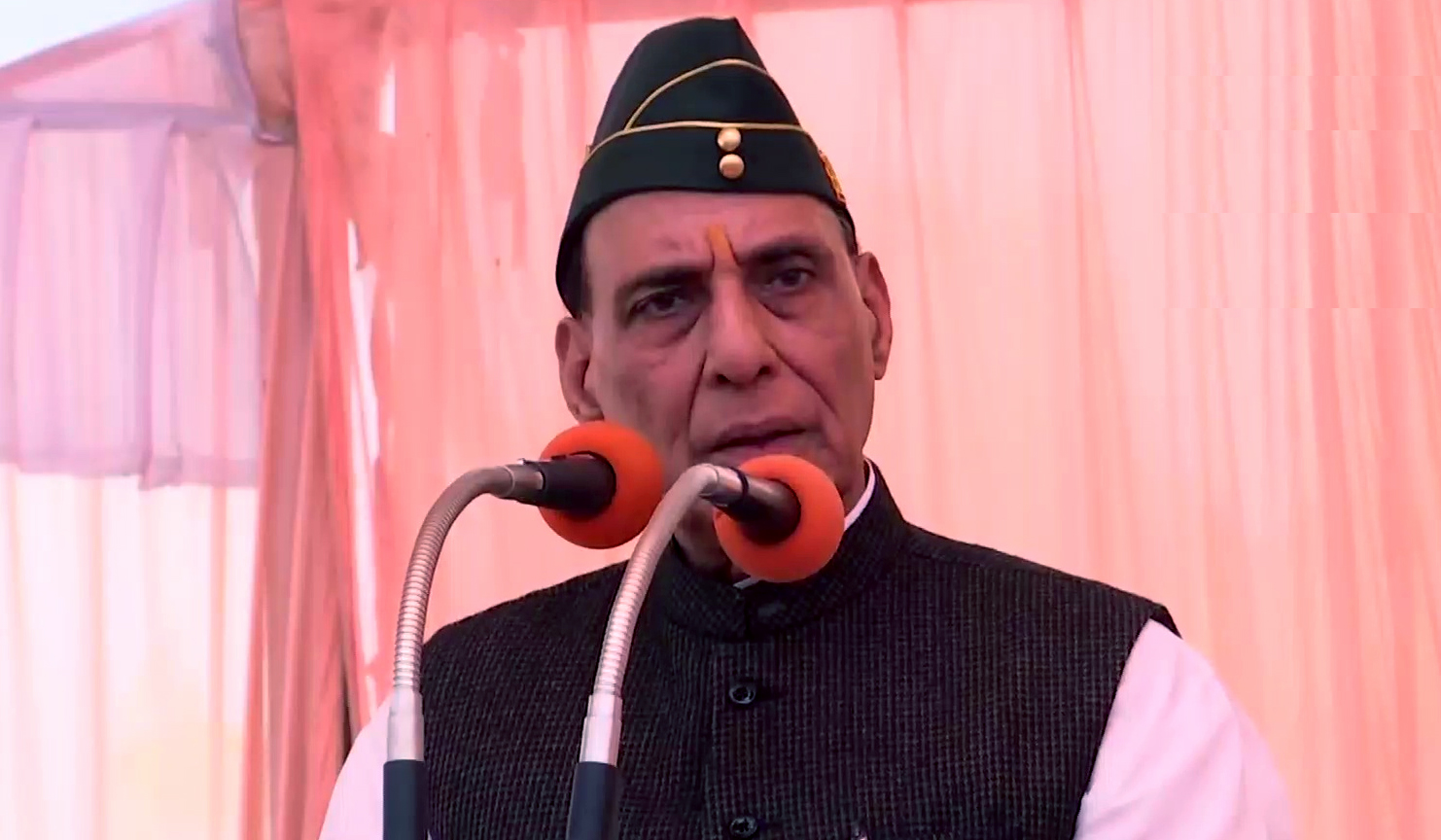 Uttar Pradesh, Nov 14: Defence Minister Rajnath Singh on Sunday said that India is no less than its neighbour in development at the Arunachal Pradesh border and the country will give a befitting reply in every situation.
Speaking on the occasion of Silver Jubilee celebrations of the All India Ex-Servicemen Services Council at Telibagh in Uttar Pradesh’s Lucknow, the Defence Minister said, “People are talking about the development of a village at Arunachal Pradesh border. I don’t want to discuss it here but what we are doing at borders, I have personally visited and seen it. I want to congratulate our officers of defence services that we are no less than anyone. Whatever be the situation, we will give a reply. We are clear with our policy on national security.”
The Minister also said that Pakistan, which lost the 1971 war and 1999 Kargil War, will now have to sever its ties with terrorism.
“As the Defence Minister, I tell you that they have made an announcement that they don’t shelter terrorism anymore,” he added.
Without naming China in his speech, Singh said that India has one more neighbour and there is no need to name it.
He said, “We have one more neighbour. You know it very well, no need to take its name. It has made up its mind to practice arbitrariness with everyone. Many nations didn’t oppose it as they should have. Earlier our situation was the same. But the situation has changed after 2014. Earlier, India also didn’t protest the action of our ‘neighbour’ but after 2014 things have changed. I was personally involved with the developments and planning at the borders along with the heads of three defence services. I feel proud to share that our soldiers have delivered a loud and clear message to our neighbour.”
The Defence Minister also said that he gets disturbed when people raise doubts on Galwan faceoff or Balakot strike on Twitter and give statements in media.
“India and Pakistan cannot be compared and we have made it clear in 1971 war to the international community. Today, India is counted among prominent nations and we have gained the position,” said Singh.
He further said, “People used to stay only America and Israel can fight against terrorism but after surgical strikes, India has given befitting reply to terrorism and proved its capabilities.”
“We have seen a significant change in the way the international community used to look at India. We are a peace-loving country but if anyone tries to touch us then we won’t leave him,” Rajnath Singh said.
“But I feel sad that a few political parties have raised questions on bravery and courage of soldiers. They raise questions on leadership. Political leaders don’t fight in borders but soldiers do. The question has to be raised only when political leadership tried to stop or interfere in the decision making of defence forces,” said Singh.
“I want to keep it clear that whatever be the situation, irrespective of the result, we will never tie hands of our defence forces. They have to make a decision, we will always stand by them and in case their decision goes wrong, then also we will stand with our soldiers. A nation cannot be protected by tying hands of defence forces,” he added.
“People read history. But every Indian soldier, who participated in the 1971 war, created history. We are proud of all our soldiers,” he said. (Agencies)