Home Kashmir CBSE to conduct board examinations in new pattern from November 16 -...
Kashmir 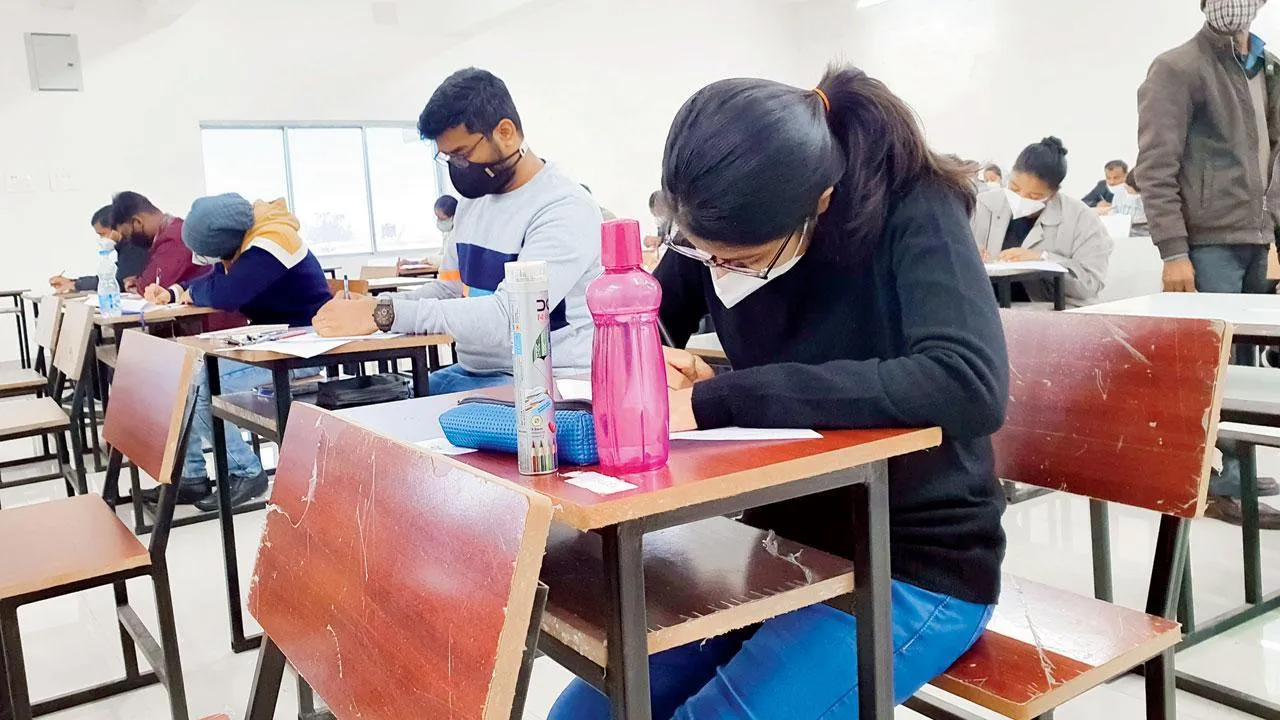 New Delhi, Nov 14 : The Central Board of Secondary Education (CBSE) will be conducting the board examinations in a new pattern in which over 20 lakh students are set to appear.
Examination for the first term of Class 12 will begin on November 16, while for Class 10 it will start on November 17.
For assessing the students across the country, the examination will be held in two terms.
Second term of the examination is expected to be held in March-April next year.
According to the CBSE, this time, the students will be given 20 minute-reading time instead of 15 minutes.
The first term will have Multiple Choice Questions and the duration for solving it is 90 minutes.
Every question will have four options, of which the student has to encircle the correct one.
As every answer sheet will be scanned, no question can be left unanswered. Even if the students do not want to answer, then too, they will have to encircle an option provided for it.
Renowned educationist P.S. Kandpal said many examinations have been conducted on similar pattern.
Class 10 student Dipti said: “It is nice that the examination is being held in two terms due to which the syllabus has also been divided, thus reducing stress.
There is also curiosity about the new examination pattern, she said.
Twelfth standard student Umang Agarwal said, “There are many dilemmas as it is a new pattern of examination.
Another student Sanchita said: “All have been told about the examination pattern, including the right way to answer a question.
“Am just waiting to appear in the examination with the new pattern,” he said.
According to the CBSE, for Class 10 students, internal assessment marks have been divided into two parts — ten-ten each. Similarly for Class 12, it has been divided into 15-15 marks.
This time, the students have been given an option to appear in the examination centre of their choice as due to Covid-19, many of them were displaced.
Many students are still at their native places while their schools are at other locations.
Covid-appropriate behaviour will be followed at all examination centres. Only 350 students will be allowed at an examination centre and a distance of six feet will be maintained among them.
Every child and invigilator will have to wear mask as per Covid-19 guidelines.
As per date sheet released by the Board, examination for minor subjects will be held from November 16-17 while for major subjects from December 1.
For Class 12 students, the first examination will be of Sociology while last would be Home Science.
The examination, which will start at 11:30 am, will end at 1:00 pm.
Major examinations for Class 10 will begin on November 30 and end on December 11.