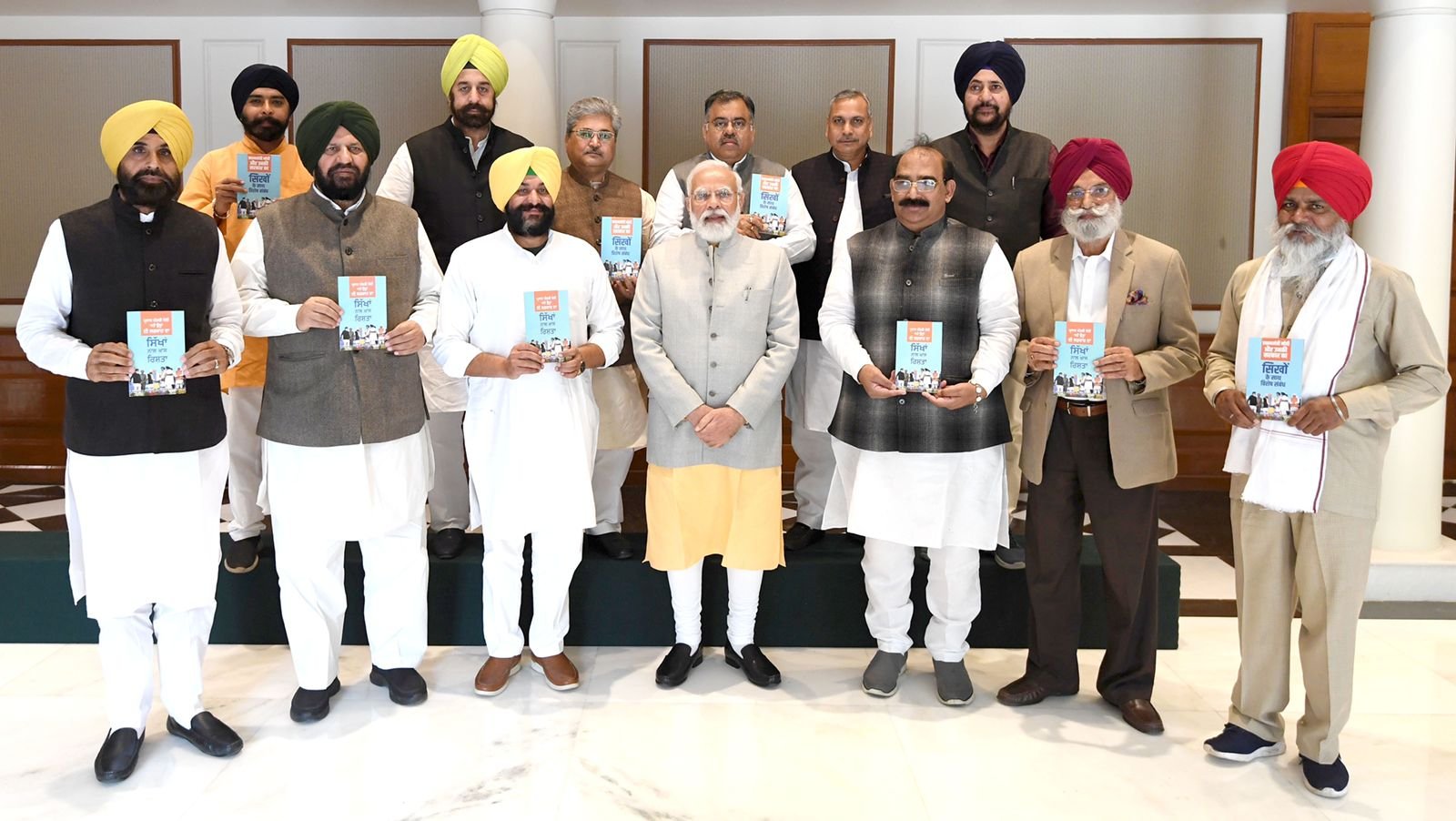 New Delhi, Nov 14: A high-level delegation of BJP leaders from Punjab, Jammu and Kashmir and Delhi met Prime Minister Narendra Modi at his residence on Sunday morning and demanded the reopening of the Kartarpur corridor ahead of Guru Nanak Dev’s birth anniversary on November 19.
The corridor was closed in the wake of Covid-19 and demands to reopen it have been growing in recent past with the ruling Congress and the Shiromani Akali Dal in Punjab making repeated demands.
The 11-member delegation comprising senior BJP leaders Ashwani Sharma, Saudan Singh, Tarun Chugh, RP Singh, Dushyant Gautam, Tejinder Bagga among others in a representation to the PM cited daily new Covid cases stabilising around 10,000 and active cases at a 274-day low (1.35 lakh) besides the delivery of over 110 crore Covid 19 vaccine shots to demand that the corridor be reopened “in line with the sentiments of Sikh devotees who want to cross over to the Pakistan to pay obeisance to Guru Nanak at Dera Baba Nanak.”Prime Minister Narendra Modi had in 2019 inaugurated the Indian side of the Kartarpur corridor, which links Gurdwara Darbar Sahib in Pakistan, the final resting place of the first Sikh guru and Sikhism founder Guru Nanak Dev, to Dera Baba Nanak shrine in Punjab’s Gurdaspur district.
“The Dera Baba Nanak shrine went to Pakistan at the time of Partition due to the callousness of the Congress, even though it is located just 3 km from the border. Subsequent governments did nothing to reopen the corridor. PM Modi eventually reopened the corridor honouring the sentiments of Sikhs across the world,” the delegation said in a memorandum to the PM.
The leaders also said that with the economic and other activities reopening gradually, the hope for reopening of the corridor had been revived.
“We hope your good self will reopen the corridor for the Sikh devotees to celebrate Parkash Purab of Guru Nanak on November 19,” the delegation said.
The delegates said the BJP government at the Centre had done for Sikhs what no other government had done in the past, including the constitution of a special investigation team to bring to justice the culprits of 1984 Sikh massacre, the recent protection granted to Sikhs from Afghanistan, the commissioning of special flights to retrieve Guru Granth Sahib copies from war-torn Afghanistan and the reopening of the Kartarpur corridor.
Dyal Singh Sodhi, BJP general secretary Punjab, said after the meeting, “We are extremely hopeful of the corridor’s reopening. PM Modi did for Sikhs what the governments could never do in 70 years. The government under the PM also marked the 400th birth anniversary of Guru Teg Bahadur in a big way. In the same spirit we hope the Kartarpur corridor would be reopened too.” (Agencies)