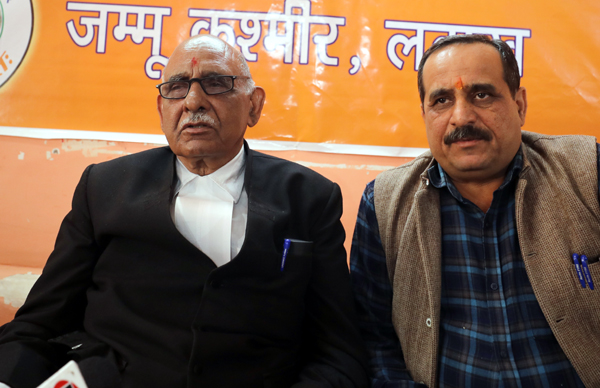 JAMMU, Nov 12: Vishav Hindu Parishad (VHP) here today has condemned the wrong things written in a book by Congress leader, Salman Khurshid targeting Hindutava.
In a press conference VHP J&K president, Leela Karan Sharma said that the book ‘Sunrise Over Ayodhya-Nationhood in Our Times’ by the Congress leader should be banned.
Click here to watch video
“The book has compared Islamic terrorist organisations with Hindutava and the writer has not applied mind in doing so despite the fact that he has remained on many constitutional positions in the country,” Sharma said demanding registering of an FIR against Khurshid.
He also said that such activities can only widen the differences between communities and have a potential of creating hatred and animosity.
VHP leader Shakti Dutt Sharma was also present on the occasion.