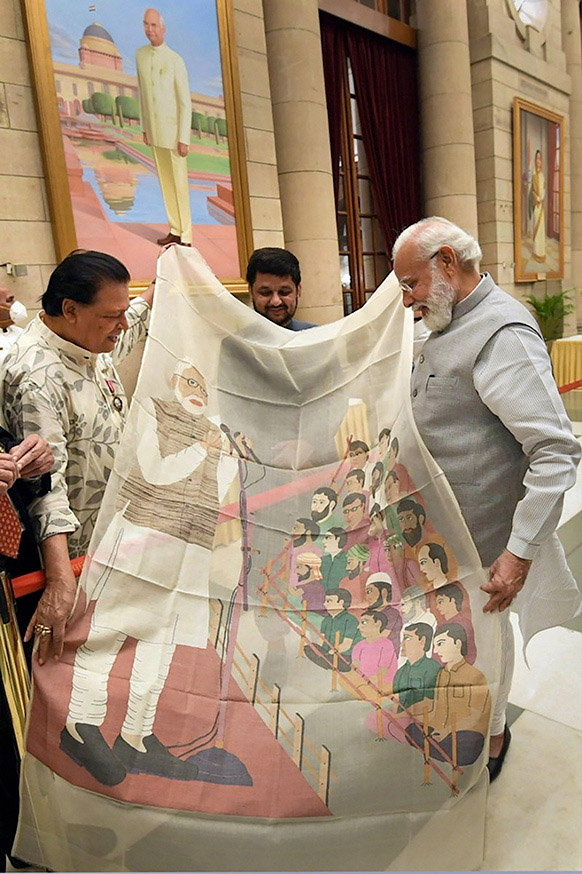 New Delhi, Nov 13: Prime Minister Narendra Modi recalled his interaction with reputed weaver and Padma awardee Biren Kumar Basak and thanked him for his gift, said a press release by the Prime Minister’s Office.
“Shri Biren Kumar Basak belongs to Nadia in West Bengal. He is a reputed weaver, who depicts different aspects of Indian history and culture in his Sarees. During the interaction with the Padma awardees, he presented something to me which I greatly cherish,” said Prime Minister Narendra Modi in a tweet. (Agencies)