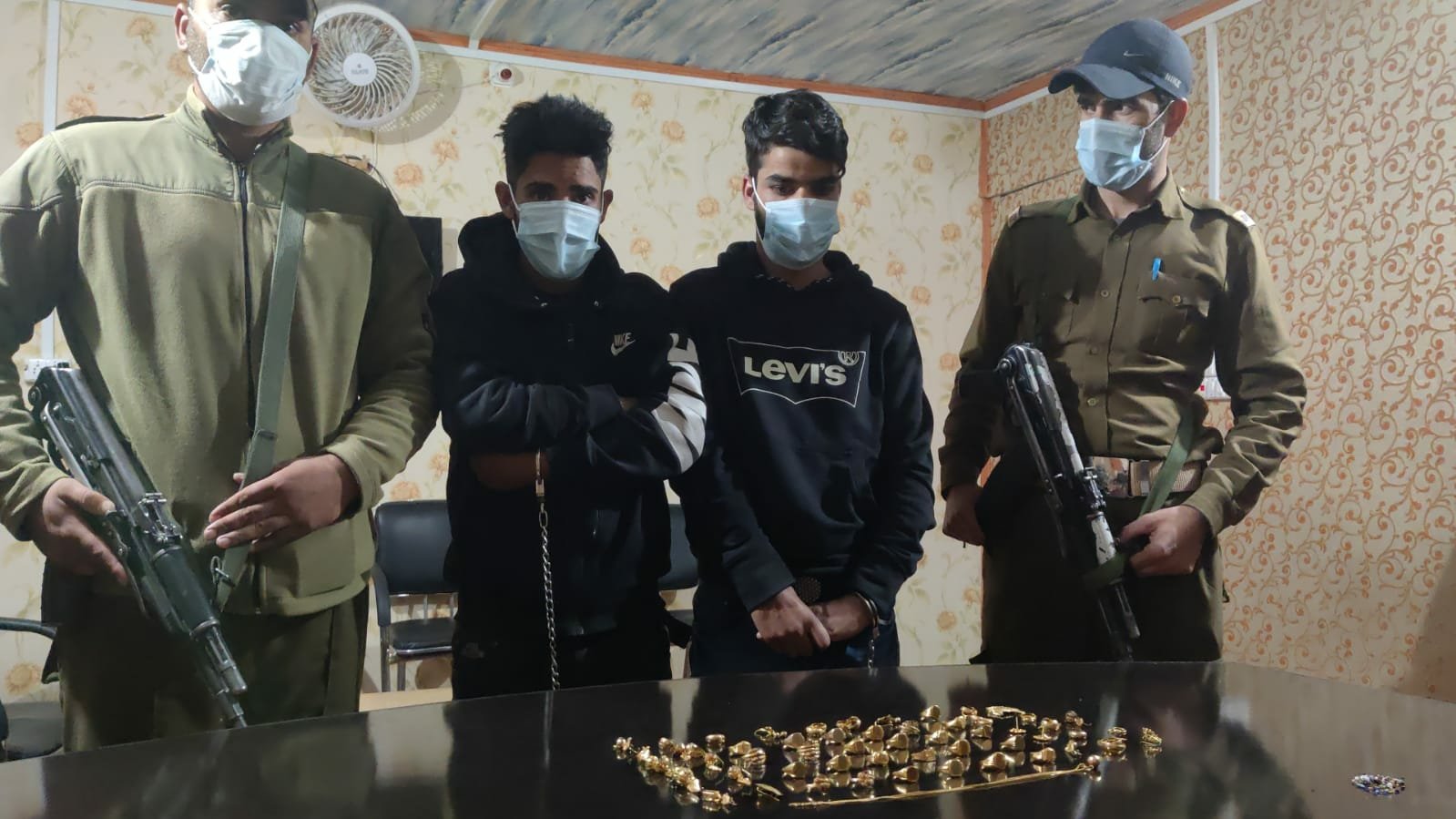 SRINAGAR, Nov 11: Jammu and Kashmir Police on Thursday arrested two youth from Pattan area of Baramulla district and recovered stolen jewellery worth Rs 10 lakh from their possession.
Official sources said, Police post Soibugh received an application from one Showkat Ahmad Zargar, a resident of Dambipora, stating that some unknown burglars entered in his jewellery shop located at Main Chowk and decamped with gold items worth Rs 10 lakh.
They said, accordingly, a case was registered at Police station Budgam and investigations were started. During the course of investigation, some CCTV footages were obtained on the basis of which a number of suspected persons were questioned, the sources said While examining circumstantial evidence police picked up two suspect persons Syed Zaffar Shah alias Zaffar Safari and Imran Hussain Malla, residents of Yakhmanpora Pattan in Baramulla were detained and during sustained interrogation both confessed their involvement in commission of the crime, sources said.
Upon their disclosure the stolen property worth approximately Rs 10 lakh has been recovered including 25 rings, 20 earrings, two double jhumkas, a brooch, two jhumkas, a choker set with top, two ear tops and a chain with pendulum.
Both the accused were arrested and lodged in police custody, the sources said and added more recoveries are likely in the case, police said. (Agencies)