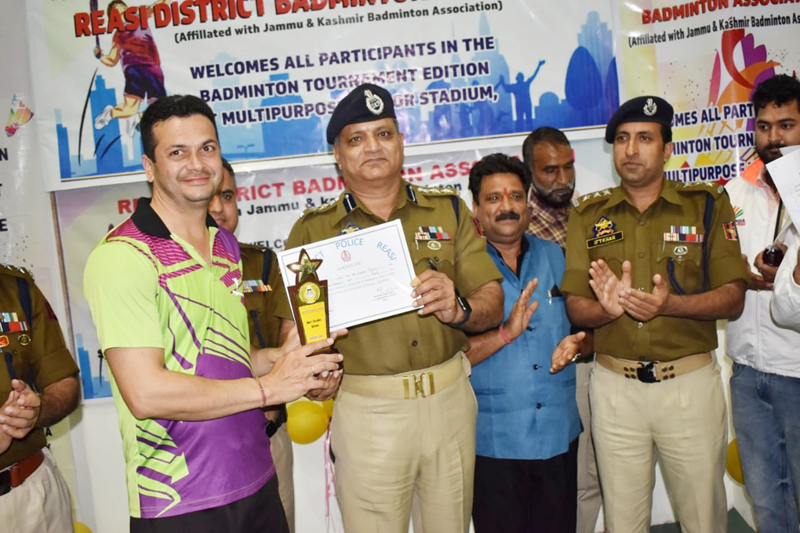 REASI, Nov 9: Three days District Reasi Badminton Championship tournament, organised by J&K Police, concluded at Indoor Stadium Maari, here today.
Senior Superintendent of Police (SSP) Shailender Singh was chief guest of the closing ceremony. About 85 players from different parts of Reasi district participated in the tournament.
Shivam Gupta emerged winner of Men’s Single event by beating Sunit Sharma, whereas in Men’s Double, the final match was played between Abhinav Sharma and Ankush Sharma and Shivam Gupta and Sunit Sharma, wherein pair of Shivam and Sunit became Champions by defeating Ankush and Abhinav by 2-0 points.
Speaking on the occasion, the chief guest said that Jammu and Kashmir Police is organizing such events under Civic Action Programme with an aim to provide a platform for the youth so that they can show their hidden talent.
Surinder Sharma, president Badminton Association Reasi expressed gratitude to J&K Police especially SSP for sparing his time from his busy schedule to promote sports activities in Reasi.