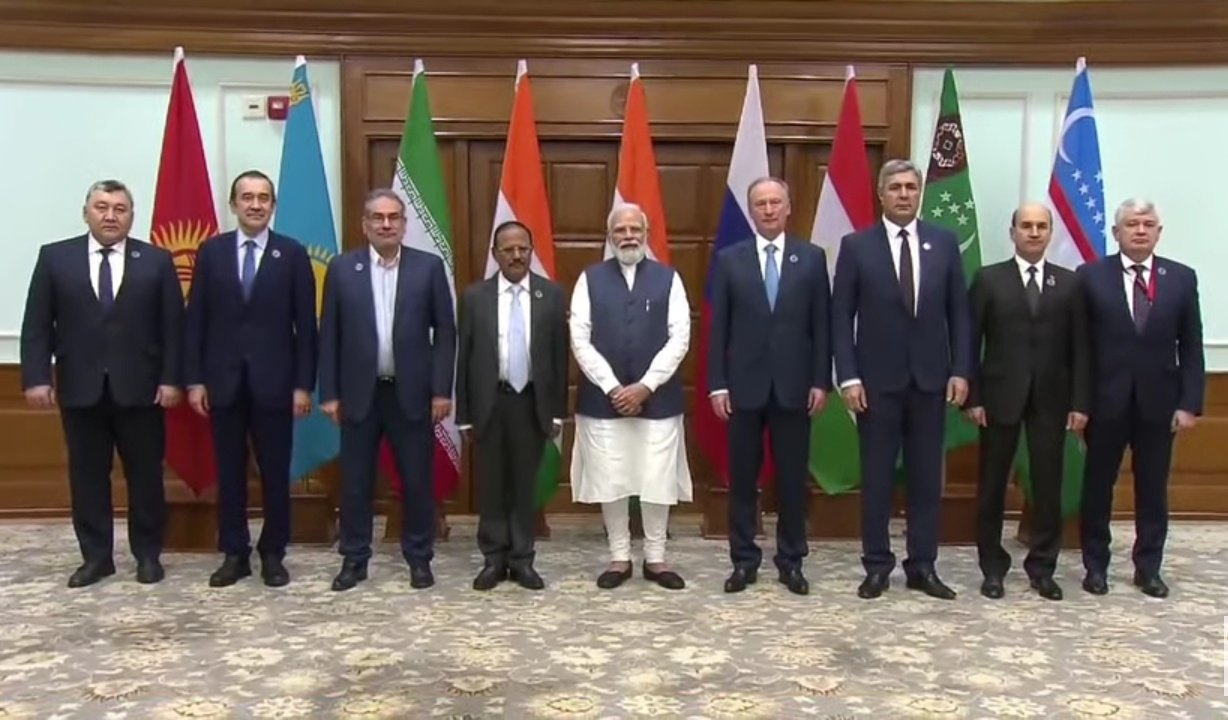 New Delhi, Nov 10: The National Security Advisors of seven nations — Iran, Russia, Tajikistan, Kyrgyzstan, Kazakhstan, Uzbekistan, and Turkmenistan — called on Prime Minister Narendra Modi on Wednesday.
The NSAs of the seven nations are here in Delhi for the NSA level dialogue on Afghanistan which took place earlier in the day.
Indian National Security Advisor Ajit Doval chaired the meeting, during which he said that the recent developments in Afghanistan have important implications not only for the people of that country but also for its neighbours and the region.
Speaking at the regional NSAs meet, Nikolai Patrushev, Secretary of the Security Council of Russia, said that multilateral meetings of secretaries of the security council on the Afghan issue arean important format and helps to discuss the whole package of issues linked to the developing situation in Afghanistan at the highest level.
“It also helps to elaborate practical measures to counter challenges and threat emanation from Afghan territory,” he said.
Patrushev noted the increased activity of international and regional stakeholders in the Afghan dimension and the creation of new formats.
Meanwhile, Tajikistan at the meet said that the ongoing situation creates an extra risk of a surge in terrorism, drug trafficking and criminality as the border remains complicated.
The Taliban said it is optimistic about the meeting hosted by India.
Zabihullah Mujahid, Taliban spokesperson, speaking at a press conference in Kabul referred to the meeting on Afghanistan and said the Islamic Emirate is optimistic about it, Tolo News reported. (Agencies)