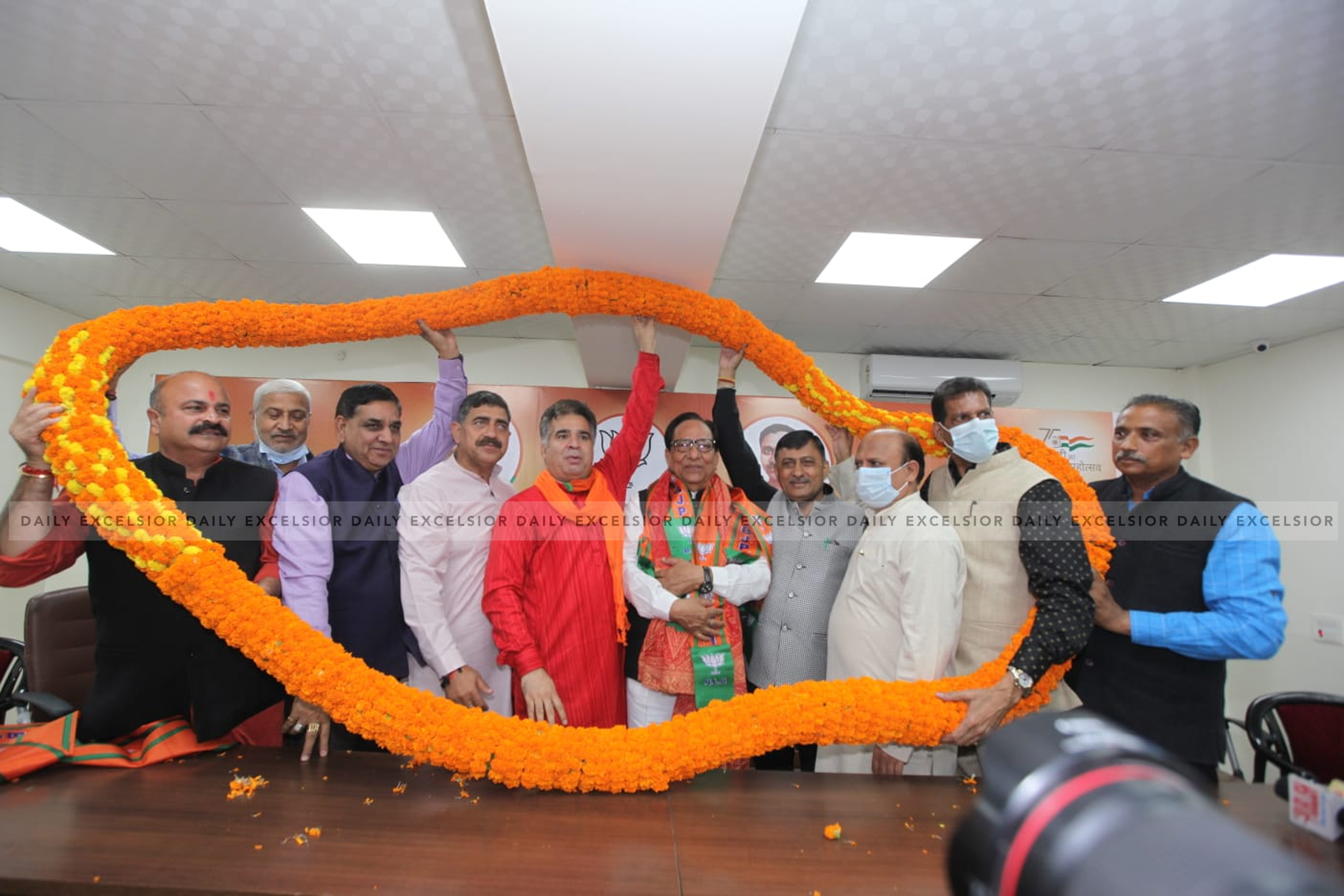 Jammu, Nov 10: Former Congress leader and prominent businessman Y V Sharma on Wednesday joined the BJP here, pledging to work towards strengthening the party in Jammu and Kashmir.
Sharma, a former president of Jammu Chamber of Commerce and Industry, quit the Congress in December last year. He, along with his supporters, was welcomed into the BJP fold by Jammu and Kashmir BJP president Ravinder Raina and MP Jugal Kishore at the party headquarters here.
“I am joining the BJP after being influenced by Prime Minister Narendra Modi and Home Minister Amit Shah, who have devoted full attention towards the sensitive Jammu and Kashmir, which is hit hard by Pakistan-sponsored terrorism over the past three decades,” Sharma said.
He said he will work in accordance with the policies and directions of the party with utmost devotion and dedication.
“Businessmen are the wealth creators and employment generators, and hence the doors of the party should always remain open for them,” he said, vowing to play a crucial link between the party and the community to address their issues.
Expressing happiness over Sharma’s joining, Raina said the policies of the BJP-led central government were attracting people from all walks of life into the party fold as they benefited every section of the society in Jammu and Kashmir.
“The BJP is getting strengthened in every nook and corner of Jammu and Kashmir with prominent people, who desire to serve the people, increasingly joining the party,” he said.
“Given the public support, we are confident of forming the next government with absolute majority in the Union Territory, which will go to assembly polls after the completion of the ongoing delimitation exercise. The next chief minister in Jammu and Kashmir will be from the BJP,” Raina said.
He assured the people that the BJP will not allow “injustice or discrimination”. MP Jugal Kishore credited Raina for strengthening the party and said prominent people joining the BJP in such huge numbers was the result of his sincere efforts. (Agencies)