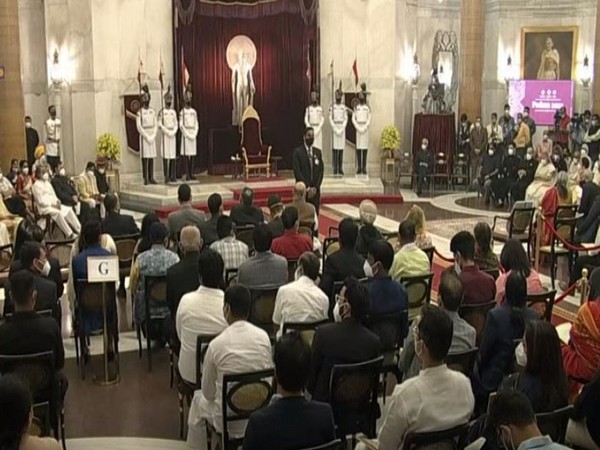 New Delhi, Nov 9: President Ram Nath Kovind is presenting Padma Awards at 2021 Civil Investiture Ceremony-I at Rashtrapati Bhavan on Tuesday.
This year’s list of Padma Awards includes seven Padma Vibhushan, 10 Padma Bhushan, and 102 Padma Shri Awards, of which 29 awardees are women, 16 posthumous awardees, and one transgender awardee.
The Padma Awards are one of the highest civilian honours of India announced annually on the eve of Republic Day. The Awards are given in three categories: Padma Vibhushan (for exceptional and distinguished service), Padma Bhushan (distinguished service of higher order) and Padma Shri (distinguished service). The award seeks to recognize achievements in all fields of activities or disciplines where an element of public service is involved.
The Padma Awards are conferred on the recommendations made by the Padma Awards Committee, which is constituted by the Prime Minister every year. (Agencies)