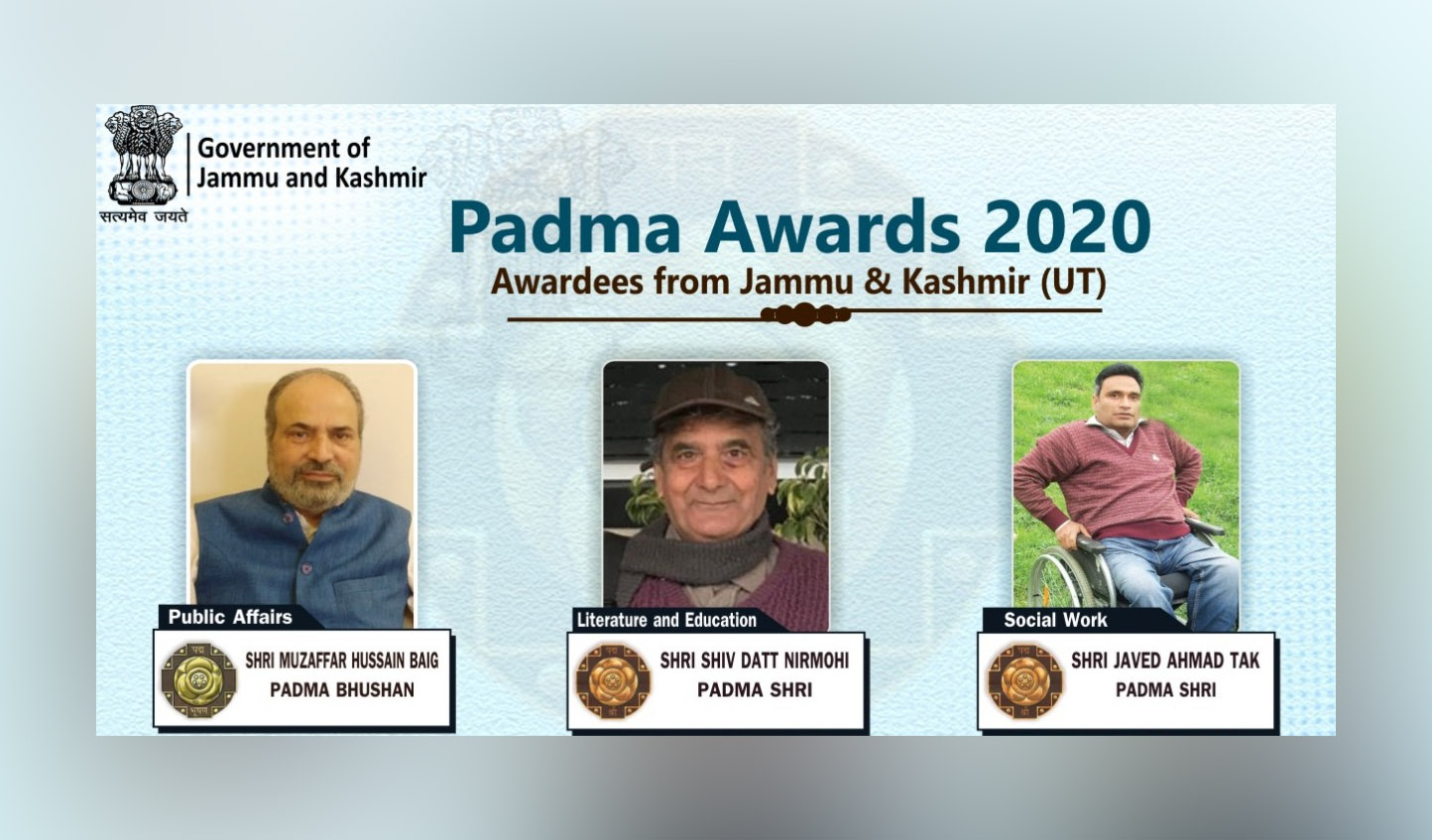 Srinagar, Nov 8: Lieutenant Governor Manoj Sinha on Monday congratulated the Padma awardees from Jammu and Kashmir and said it was a proud moment for the people of the union territory.
Former Jammu and Kashmir deputy chief minister Muzaffar Hussain Baig was presented Padma Vibushan for public affairs by President Ram Nath Kovind in Delhi on Monday.
Shiv Datt Nirmohi received Padma Shri for literature and education while Javed Ahmad Tak also received Padma Shri for social work.
“Heartiest congratulations to all Padma awardees from UT of J&K. A proud moment for the people of J&K,” Sinha said in a tweet.