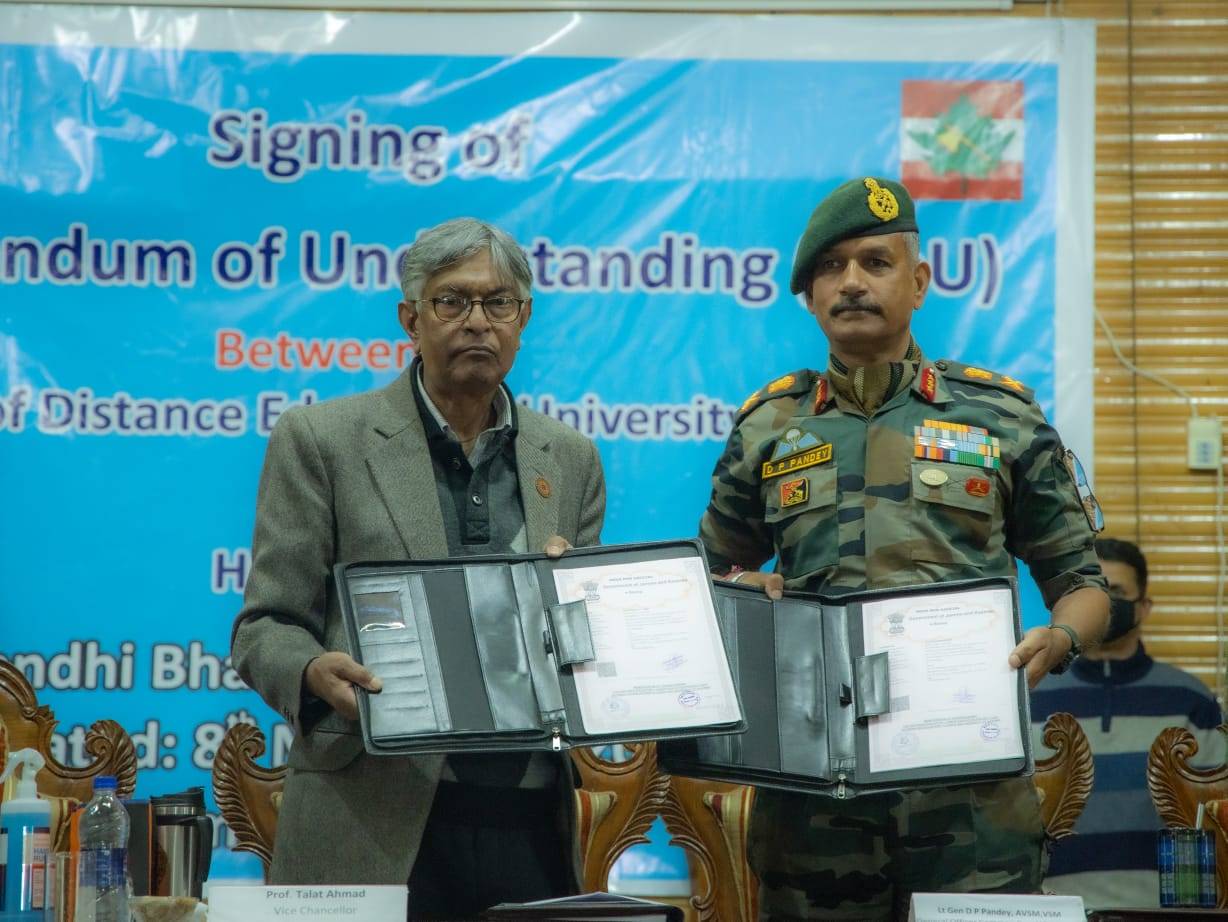 SRINAGAR, Nov 8: The Army on Monday signed a Memorandum of Understanding (MoU) with the University of Kashmir for providing distance education course to soldiers posted in the valley.
The MoU was signed by Vice Chancellor of the university Prof Talat Ahmad and General Officer Commanding of Chinar Corps Lt Gen D P Pandey at Gandhi Hall, University of Kashmir, a Defence Spokesman said here.
He said it was a historic day for the UoK, Srinagar and Chinar Corps having established a long term relationship for provision of distance education courses to soldiers presently serving in Kashmir.
“As envisaged in the MoU, the soldiers of Indian Army posted in Kashmir, will be able to seek admission to various courses being offered by the Directorate of Distance Education, University of Kashmir.The type of courses being made available to Army personnel range from six months certificate courses to one year diploma courses and two years post graduate courses,” the spokesman said.
He said a total of 18 courses are presently available for enrolment by the Army personnel, which will be increased in due course of time.
After the formal signing of the MoU, Prof Ahmad, while addressing the gathering, emphasised on core values of the university and mentioned that the vital significance of long term MoU which will benefit the soldiers posted in Kashmir.
Lt Gen Pandey in his address, praised the milestone achieved in the field of education, which will empower the soldiers of the Chinar Corps in performing their duties in a challenging environment.
He said the University of Kashmir, with its rich heritage, culture and academia, will provide a one of the kind opportunity for Army personnel and civil defence employees of Chinar Corps to pursue higher educational qualifications, domain specialisation and subject matter expertise. (Agencies)