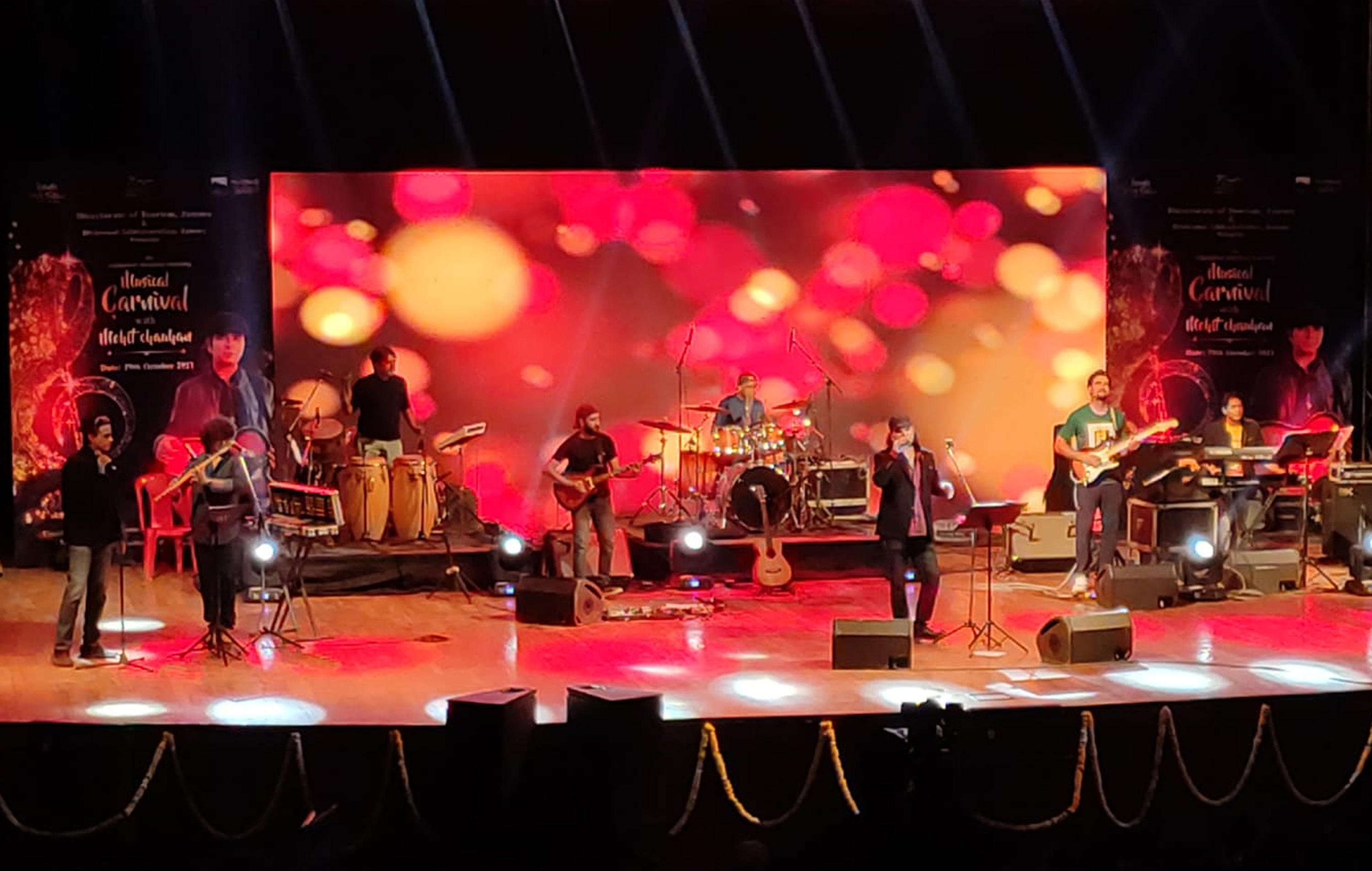 JAMMU, Oct 30: Popular singer Mohit Chauhan, on Friday, performed at the General Zorawar Singh Auditorium in Jammu under the Iconic Week Festival, which has concluded now.
The festival, during which several events like, food festival, light and sound show, cultural programmes, literary events, and other events were held, had been organised by Department of Tourism J&K and had started from October 23 to promote tourism in the state.
The event ended with a musical show by Mohit who enthralled the audience with his performance.
Talking about his experience, the singer said, “This is my first trip to J&K and I really wanted to come here since a long time. I travel around the world doing concerts, but never got a chance to visit here. Me, my wife and my band were really excited to come to Jammu for the musical carnival. As I belong to Himachal, so after coming here I felt as if I am at home.”
He further spoke about the beauty of J&K and added, “The natural beauty of J&K is immeasurable and people from around the world come here. Also, music is a medium to connect people and culture, as was seen today when I sang the song ‘Chamba’ from my album, and so many people sang along. I feel really great that this festival used the medium of music to promote the traditions and culture of this place. I wish it continues like this as I really enjoyed my stay and all the other artists who have come here would also have liked it. I am really thankful to the Tourism Department.”
Vivekanand Rai, Director, Tourism Jammu, talked about the Iconic Week Festival and said, “Honorable Prime Minister and Lieutenant Governor Mr. Manoj Sinha, their vision is that tourism is the backbone of J&K. Due to COVID, in the past few days, things had slowed down but now they are back on track. Today was the last day of the Iconic week and I don’t think there could have been a better end.”
He continued, “The way this festival was designed, it covered all sectors of life including literature, music, handloom, handicraft, local cuisine, among others. Today there were five events in Jammu and nearby places, combined, and as far as I know all events went nicely with participations of locals and Bollywood celebrities. In the time to come we will be hosting many more events like this.”
The local audience also enjoyed the show and said this is great initiative by the department of tourism and many more such events should be held.
“Such programmes should happen more as it supports tourism in Jammu and provides exposure to the locals,” said Shalini, a local resident.
Another resident Supriya Singh Chauhan added, “It was breathtaking, all lauds and appreciation to the Directorate of Jammu tourism. I want more such festivals to happen as it helps the youth get over the stress. It was a magical evening.”
Mohit, who is known for his Bollywood playback singing career, has also been a part of the Silk Route band. He has received two Filmfare Award for Best Male Playback singer and has recorded several songs for films, albums in many different languages. (Agencies)