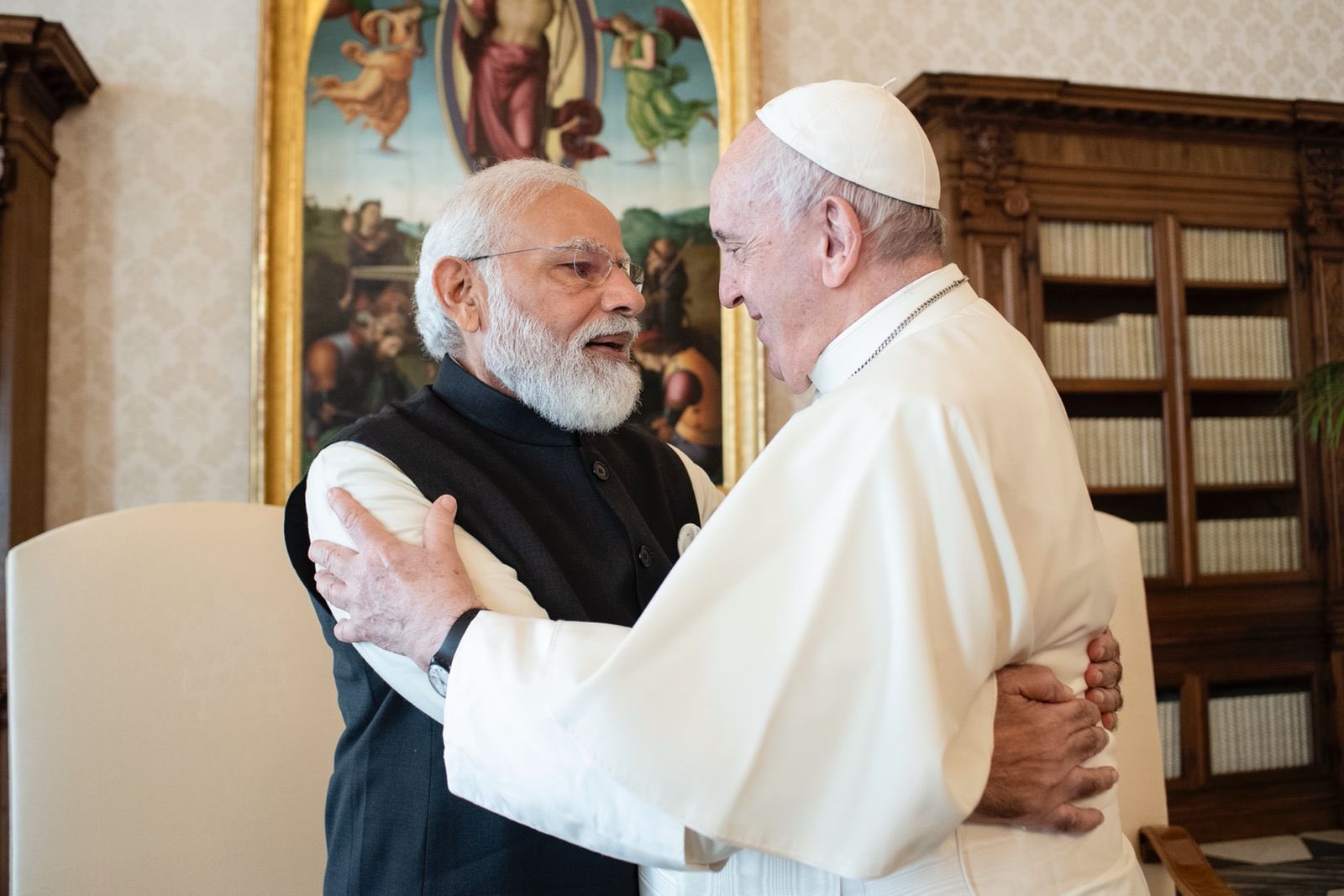 Rome [Italy], Oct 30: Prime Minister Narendra Modi invited Pope Francis to visit India during a “very warm” meeting at the Vatican City which lasted for an hour on Saturday, sources said.
The meeting was scheduled only for twenty minutes however, it went on for an hour, sources said. PM Modi and the Pope discussed a wide range of issues aimed at making our planet better such as fighting climate change and removing poverty.
It may be recalled that the last Papal Visit happened in 1999 when Atal Bihari Vajpayee was the Prime Minister and Pope John Paul II came.
Now it is during PM Modi’s term that the Pope has been invited to visit India.
PM Modi departed from the Vatican City after his meeting with Pope Francis on Saturday ahead of the G20. He was accompanied by National Security Advisor (NSA) Ajit Doval and External Affairs Minister (EAM) Dr S Jaishankar.
The Vatican is a city-state surrounded by Rome and is the headquarters of the Roman Catholic Church.
Prime Minister arrived in Italy on Friday to participate in the two-day G20 Summit. PM Modi will participate in the G20 opening session on Global Economy and Global Health today.
He is also scheduled to have a meeting with French President Emmanuel Macron and a meeting with the President of Indonesia Joko Widodo. PM Modi is expected to have a meeting with Singapore PM Lee Hosein Loong as well.
In the evening, PM is scheduled to arrive at Terme di Diocleziano for a cultural programme. Later, there is a dinner planned for G20 leaders and partner countries.
While briefing about the Prime Minister’s Italy visit, Foreign Secretary Harsh Vardhan Shringla on Friday said that PM Modi will discuss the economic situation, COVID-19 pandemic, sustainable development and climate change with G20 leaders.
On Friday, PM Modi met with top European Union leaders and Italian Prime Minister Mario Draghi. They congratulated Prime Minister Modi for India’s excellent progress on the COVID-19 vaccination.
Prime Minister also interacted with members of the Indian community-based in Italy. PM Modi will be in the capital city of Italy till October 31. (Agencies)