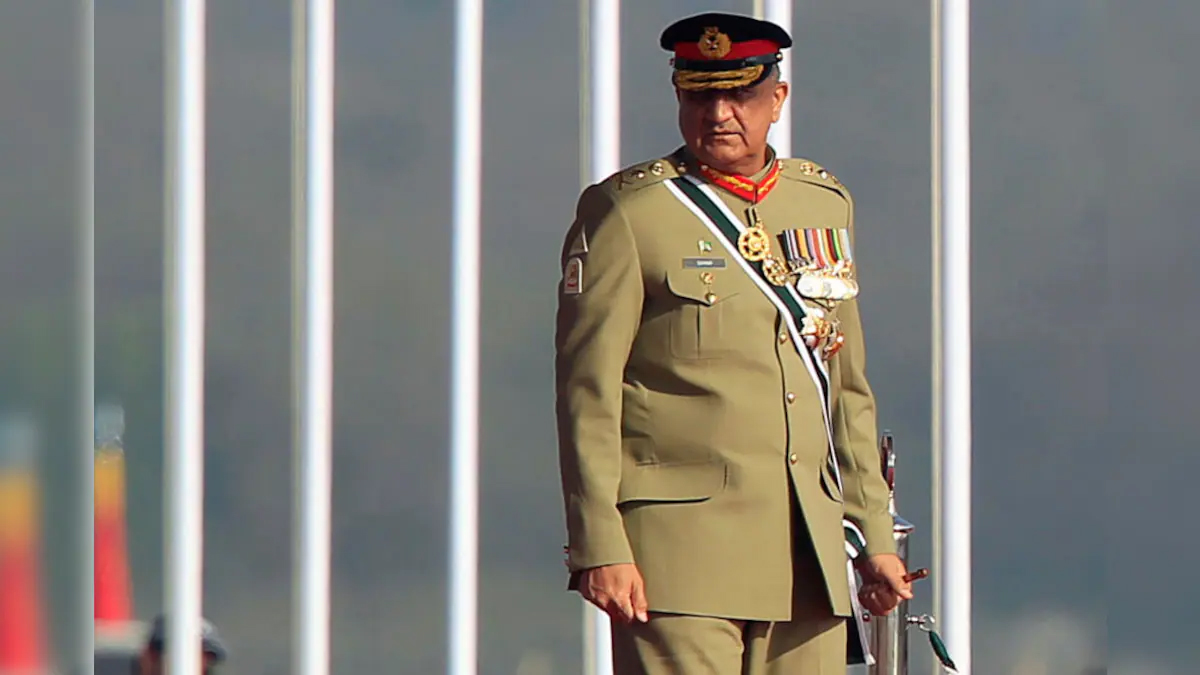 ISLAMABAD, Oct 30: Pakistan’s military court has convicted the son of a retired major general to five years prison term for asking COAS General Qamar Javed Bajwa to resign.
Citing BBC Urdu Service, The News International reported that convict had written a leter critical of extension given to Bajwa and asked for his resignation.
Hassan Askari, a computer engineer by profession and son of Maj Gen (R) Zafar Mehdi Askari, has been convicted under Section 131 of Pakistan Penal Code for criticising Gen Qamar Javed Bajwa’s extension in a letter to him, by the Field General Court Martial in Gujranwala Cantt.
The FIR charges Askari of criticising the army’s top command and senior officers to spread anarchy in the army at the behest of external enemies, The News reported.
In January, the case was heard by the Islamabad High Court, which directed to hold the treason trial in camera.
Here, The question as to whether a civilian can be tried by the military court was referred by the Islamabad High Court to be abjudicated by the military authorities, the Pakistani daily reported. (Agencies)