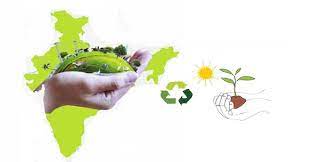 India launched its National Action Plan on Climate Change (NAPCC) in 2008. It was a timely policy action to tackle climate change. Out of eight national missions it comprised, the mission on Sustaining Himalayan Ecosystems (NMSHE) launched in 2010 though it received formal approval from the Union Government in 2014. The Indian Himalayan Region (IHR) with its numerous ecosystems and ecosystem services is vital to the ecological security of the Indian landmass apart from traditional socioeconomic (tourism), energy (Hydropower), cultural security (Spiritualism), and security of our sovereignty (i.e., Only Region in India having border with 6 countries). In practical terms, the twin objectives of building national capacity to monitor health status of the Himalayan ecosystem, and the implementation of selective actions for sustainable development, NAPCC for the IHR was expected to reduce vulnerability and build resilience. Despite this the Global Climate Risk Index of 2021, rated India as the7th most vulnerable country. Further, United Nation’s Climate Report (Inter-Governmental Panel on Climate Change-IPCC Report No. 6)launchedin 2021 shows that not much has changed on minimising the very high vulnerability as India will likely face irreversible impacts of climate change, with increasing heat waves, droughts and erratic rainfall events in the coming years if no mitigation measures are put in place. Needless to add, any laxity in investing for mitigation will only increase the adaptation costs in up- and downstream multi-fold.
The just conluded monsoon 2021 hit us timely in the mountains as if to confirm that cloud bursts, flash floods, landslides, rockfalls, etc. accompanied with deaths, devastation, and damaged infrastructure and crops will be the future “business as usual”scenario. Climate change impacts only complicate the existing challenges in managing forests, rangelands and wildlife (e.g., forest fires and human-wildlife conflicts), watersheds and wetlands (e.g., encroachments and land use changes), air and water pollution (e.g., black carbon and glacier melting nexus), waste and uncontrolled urbanization (e.g. mass tourism fallouts) and disasters and the overall human welfare etc. What happens in the Himalayas, therefore, has huge ongoing socio-economic and ecological implications for Jammu and Kashmir, India and neighbouring countries here and now.
It is pointless to argue that public schemes and private investments are underway to counter the amplified warming of IHR, or that combative strategies to rein in emissions and build resilience of people living in up- and downstream. Given the calamitous fallouts in IHR season in and season out, obviously, Climate change mitigation and adaptation strategies in IHR are not effective and three postulations emerge:
Firstly, we could argue that the Himalayas are so fragile naturally that we will need to live with natural calamities having climate change specificities. In a way, with or without climate change, we will have a fixed vulnerability context that cannot be bridged or changed.
Secondly, we may argue that all the cross-sectoral policies and action plans dedicated increasingly to Climate Change adaptation and mitigation since 2008 whether at national, state or local level are not paying off as climate change is fast and furious and hence beyond control.
Thirdly, we may contest that we have yet to decipher the adapted kind of conservation and development of IHR, that is conducive not only to numerous ecosystems in the Himalayan landscape but also to people living within and in downstream from ecosystem services emanating from IHR.
The last postulation brings in the reality that despite reigning fragility and climate change intensity arguments, we could still have designed and implemented interventions and investments in IHR adapted to local context. We could better manage ecosystems and heavy cross-sectoral investments optimally in a region that has over 50 million people living here and several hundred million in the downstream. Not to overlook that IHR is visited annually by double the number of people living here (e.g., tourists, pilgrims, adventurists etc.).
Over millennia, the Himalayan communities -when population was less and urbanization was least- have adapted to changes through cultural responsiveness and collective community creativity. What is new is that the speed of change has outpaced many of the communities’ capacity to adapt. Therefore, inclusive public policy and planning, and programmatic and societal responses are needed if the resilience contexts and the well-being of the region are to be sustained.On the top of it, border conflicts with neighbouring countries (e.g., in Ladakh) have only added yet another disturbing factor that has only devastating consequences for the investments made in conservation and development of the region so far.
It is time that Himalayan region is considered for a specific all-encompassing conservation and development policy that keeps sustainable flow of ecosystems services in upstream and downstream as its key objective. It must stress on the maintenance of ecological integrity, improved and inclusive socio economic development, and strengthening of sociocultural resilience to climatic and other environmental and socio-demographic changes through a coherent institutional response that provides the highest level of coordination at the national, state, and local levels among the various actors and sectors. We cannot stop glaciers from melting or deny equitable development of mountain populations. Hence the national strategy to implement the above policy should be resting on climate-proofing of all public and private investments in the region (e.g., Is Pradhan Mantri Gram Sadak Yojna and the way it is implemented in mountains ecologically safe?Or can we afford roads to each Gram Panchayat in a geologically fragile ecosystem of the Himalayas). Lastly, are we evaluating our investments enough to derive learning from the field (e.g., outcome orientation) and using the same for the instant corrective course in conservation and development policy and practice.Achieving sustainability context in IHR Himalayas will haunt us and we better focus on its adapted conservation and development paradigm rather than responding to ever increasing list of disasters day in day outcosting thousands of dead and unaccountable loss of investments.
(The author is associated with
Himalayan Mountain Trust)