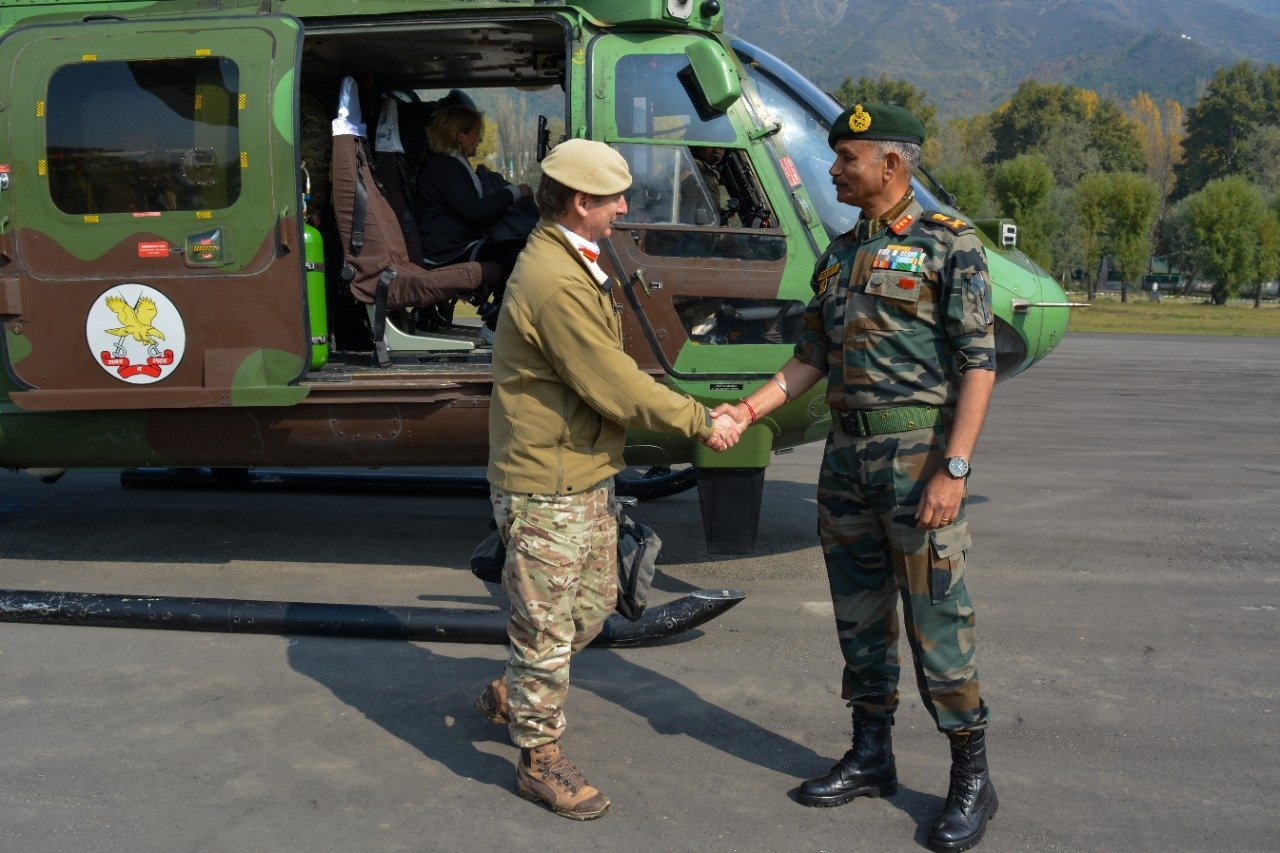 Srinagar, Oct 28: Chief of British Army General Sir Mark Carleton-Smith on Thursday visited Srinagar-based Chinar Corps of the Indian Army.
“General Sir Mark Carleton-Smith, Chief of the General Staff, #BritishArmy visited #ChinarCorps and interacted with Lieutenant General DP Pandey, GOC #ChinarCorps and local commanders,” the Army said on its official Twitter handle.
There were no details provided about the visit of the British Army Chief to Kashmir.
General Carleton-Smith is on a four-day visit to India. On Tuesday, he held talks with Army Chief General M M Naravane in Delhi with a focus on enhancing bilateral cooperation between the two armies. (Agencies)