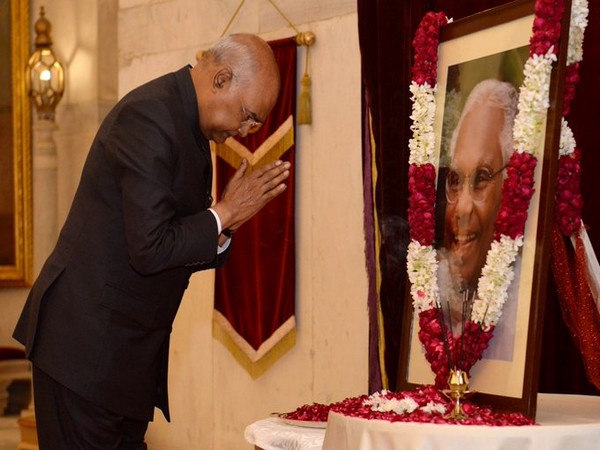 New Delhi, Oct 27: President Ram Nath Kovind on Wednesday paid floral tribute to former President KR Narayanan on his birth anniversary at Rashtrapati Bhavan.
“President Ram Nath Kovind paid floral tributes to Shri K. R. Narayanan, former President of India, on his birth anniversary at Rashtrapati Bhavan,” tweeted Rashtrapati Bhavan.
Narayanan, born on October 27, 1920, was the tenth President of India and had served as ambassador to Japan, the United Kingdom, Thailand, Turkey, the People’s Republic of China and the United States of America.
Elected as the ninth Vice President in 1992, Narayanan went on to become the President in 1997. He was also the first member of the Dalit community to hold the post.
Narayanan died on November 9, 2005, at the age of 85. (Agencies)