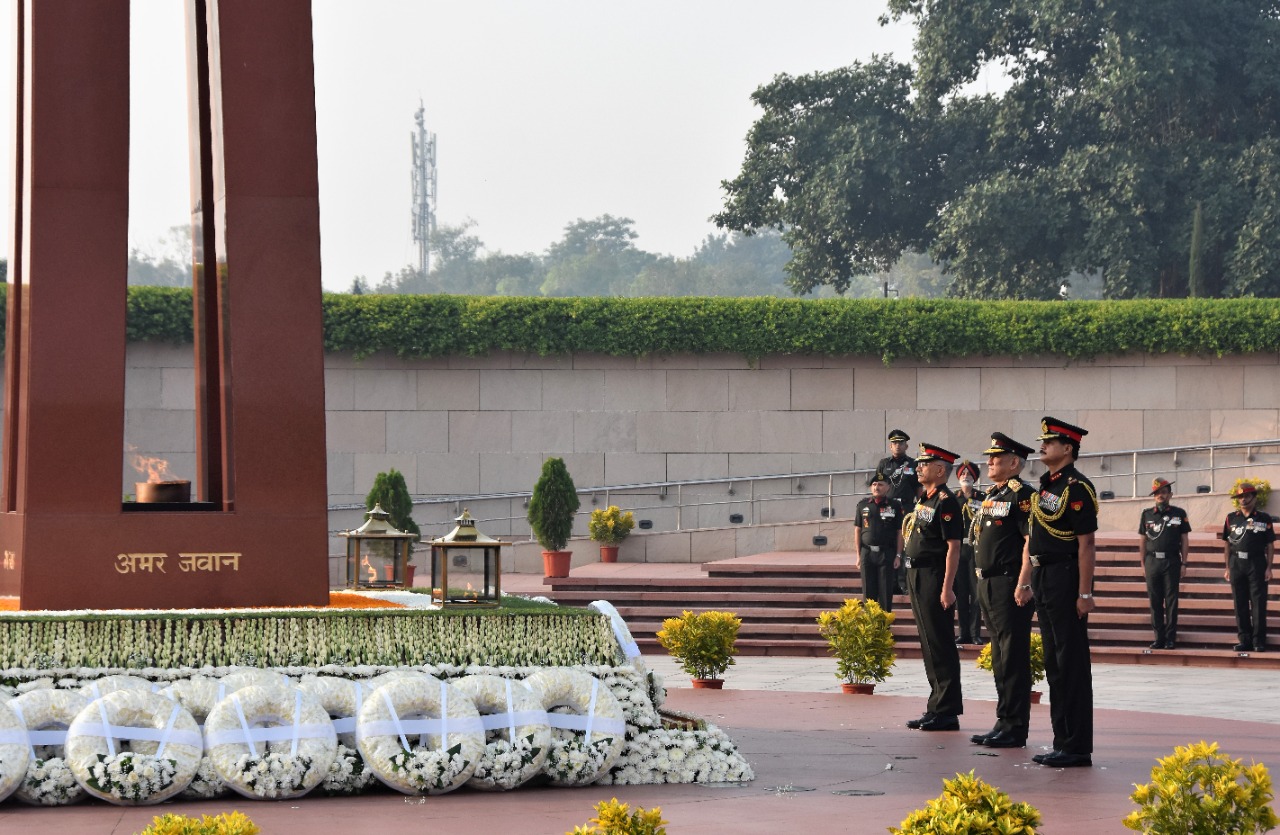 New Delhi, Oct 27: On the occasion of 75th Infantry Day, Chief of Defence Staff (CDS) General Bipin Rawat, along with Indian Army Chief General MM Naravane, laid a wreath at the National War Memorial in the national capital, on Wednesday.
Infantry Day is observed as a remembrance of the first military event of independent India, when the Indian Army repelled the first attack on Indian soil on October 27, 1947, in the Kashmir valley.
The victory was accomplished by the personnel of the First Battalion of the Sikh Regiment. (Agencies)