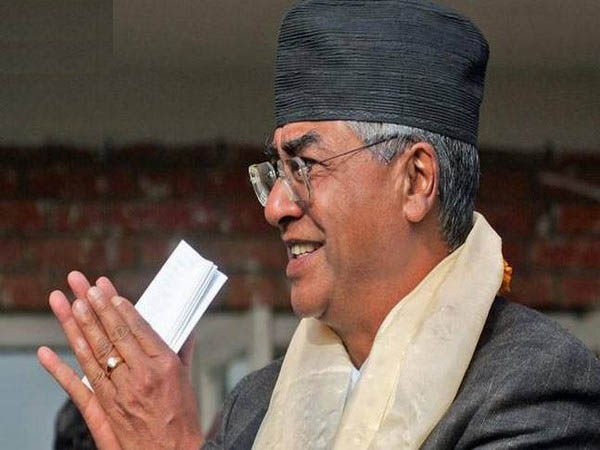 Nepal, Oct 25: Nepal Election Commission has proposed dates for local level elections in March next year to Prime Minister Sher Bahadur Deuba.
This proposal comes as the tenure of local level representatives, elected through three-tier elections held in 2017, is about to end.
“Our proposal comes in accordance with electoral laws which has made it mandatory to announce dates for local level elections two months prior to expiration of the tenure of earlier elected representatives. Tenure of local representatives who were elected in 2017 is expiring after mid-May 2021,” the Nepal Chief Election Commissioner Dinesh Kumar Thapaliya informed over the phone.
A delegation from Election Commission had earlier met and held a consultation with Nepal Prime Minister Sher Bahadur Deuba and other chairing ministers at Baluwatar on Monday morning.
As per the Chief of the electoral body, the discussion also was held about holding a by-election in vacant posts of National Assembly, House of Representatives and Province Assembly during Monday’s meeting.
“Tenure of 19 members from the Upper House is ending on March 4 next year. There is an electoral provision that makes it mandatory to hold elections 35 days before the expiration of the tenure. Discussion on it also was held with Honorable Prime Minister at the time of the meeting,” Thapaliya added.
Four of the seats at the House of Representatives and 18 seats of provincial assemblies remains vacant due to various reasons for which the Election Commission is preparing to hold by-elections to fill the seats.
Apart from a discussion over the commencement of elections, the delegation from the electoral body also deliberated about the use of EVM and giving voting rights to Nepali residing outside the nation, the official confirmed. (AGENCIES)