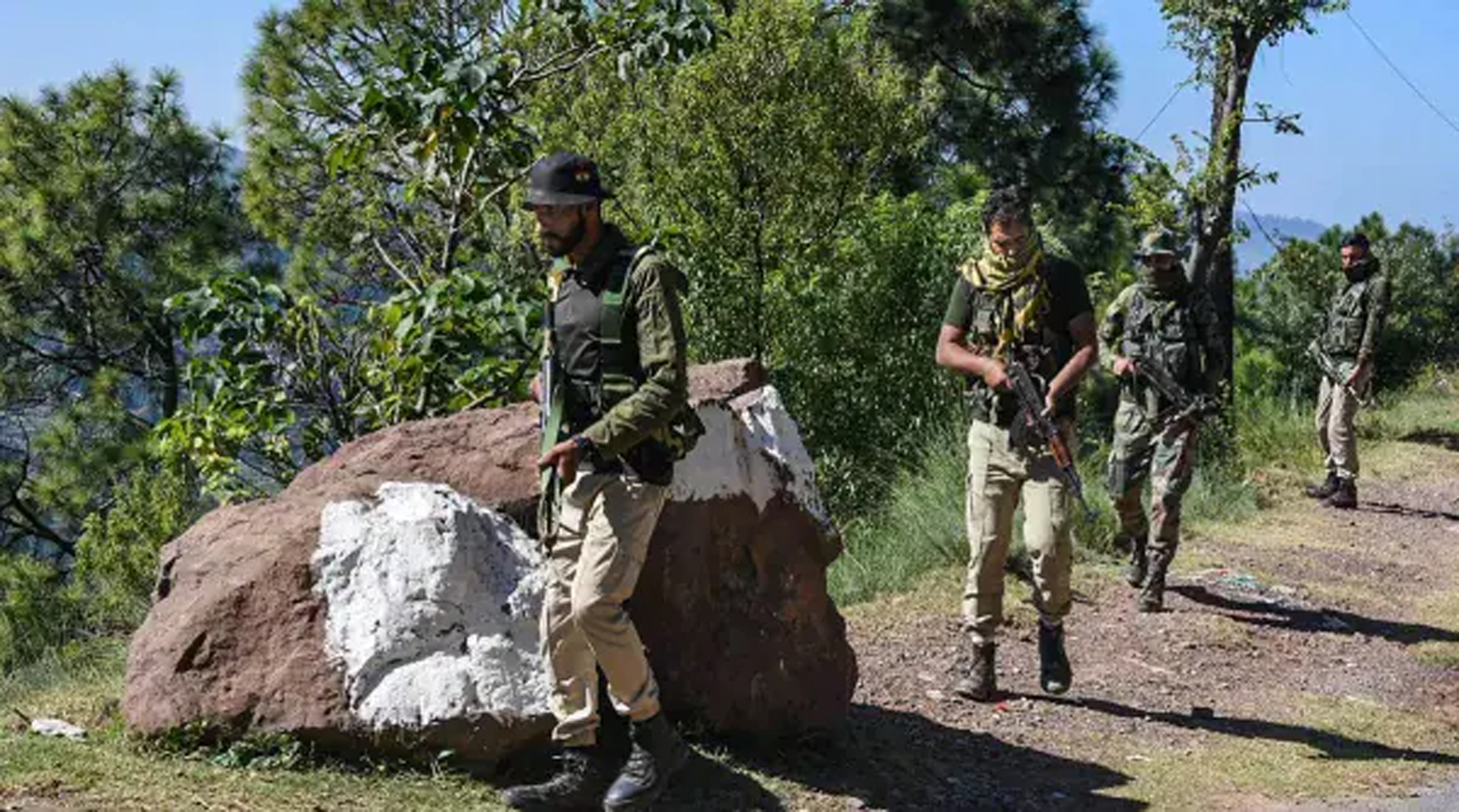 Poonch, Oct 25: Indian Army’s counter-terrorism operation in the Nar Khas forest area of Jammu and Kashmir’s Poonch continued on Monday.
Heavy firing and explosions were reported from the encounter site in the Bhata-Durian area.
Earlier on Sunday, one terrorist, associated with proscribed terror outfit Lashkar-e-Toiba (LeT) was killed in the encounter, two policemen and an army jawan sustained injuries after terrorists opened fire during the search operations.
Counter-terrorism operation by the Army was launched in the area of Nar Khas Forest in Mendhar on the evening of October 14, which was initiated after five Army personnel were killed during an encounter with terrorists in the area.
Indian Army special forces have been deployed to search and target small groups of terrorists hiding in the thick forests there.
Nine Army soldiers have lost their lives in these operations so far. (Agencies)