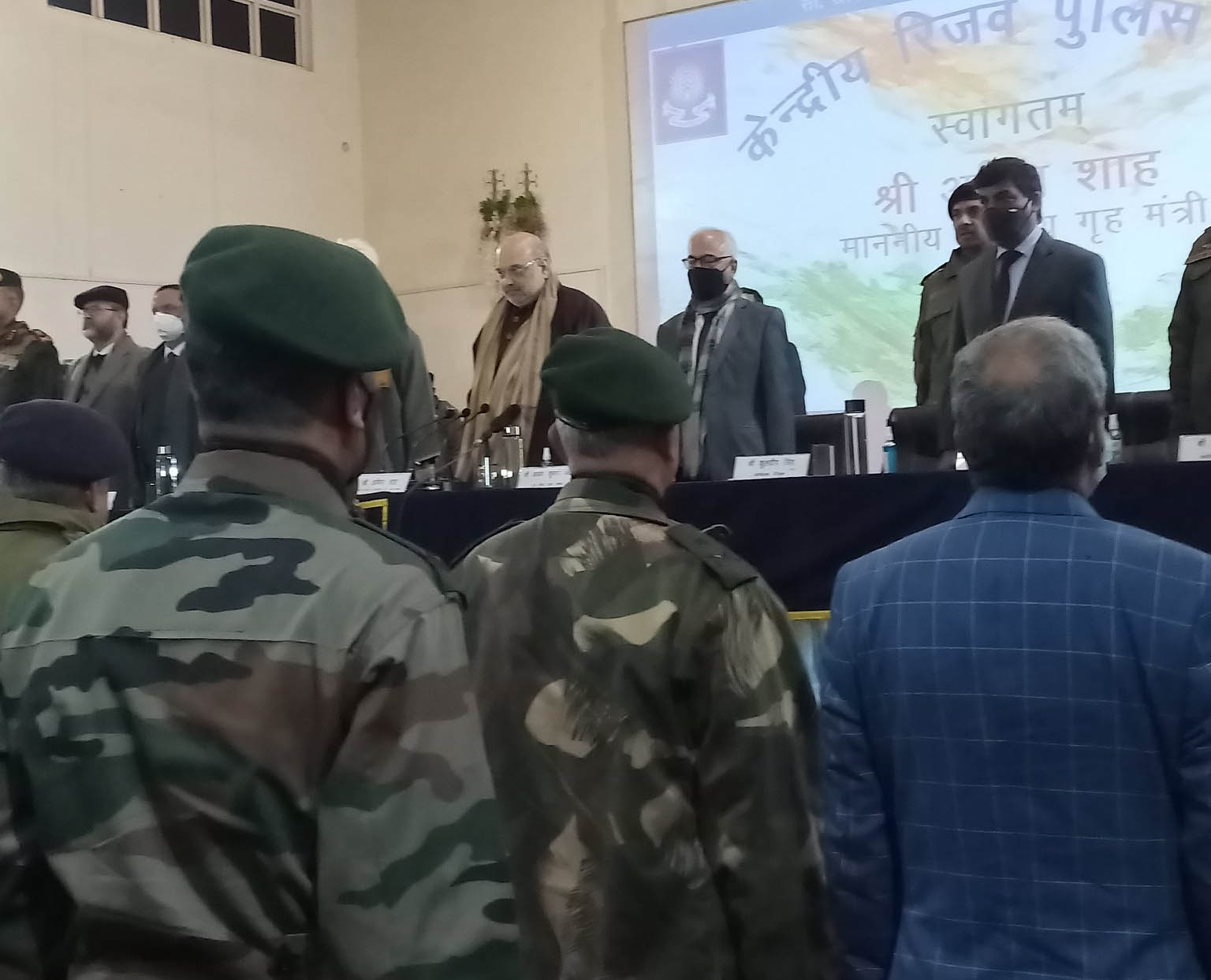 SRINAGAR, Oct 25: Union Home Minister,Amit Shah on Monday decided to extend his 3-day visit to J&K in order to spend the night with CRPF troopers at the martyrs memorial in Pulwama district.
Official sources said that Shah has decided to extend his visit so that he can spend the night with CRPF troopers at Lethpora martyr memorial in Pulwama to pay tribute to the 42 CRPF troopers who were killed in a terror suicide attack in April 2019.
“He will have dinner at the CRPF camp in Lethpora and stay with the soldiers tonight,” sources said.
Shah paid obeisance at the Mata Kheer Bhawani temple shrine in Tullamulla town of Ganderbal district earlier on Monday.
He also addressed a youth rally in Srinagar. (Agencies)