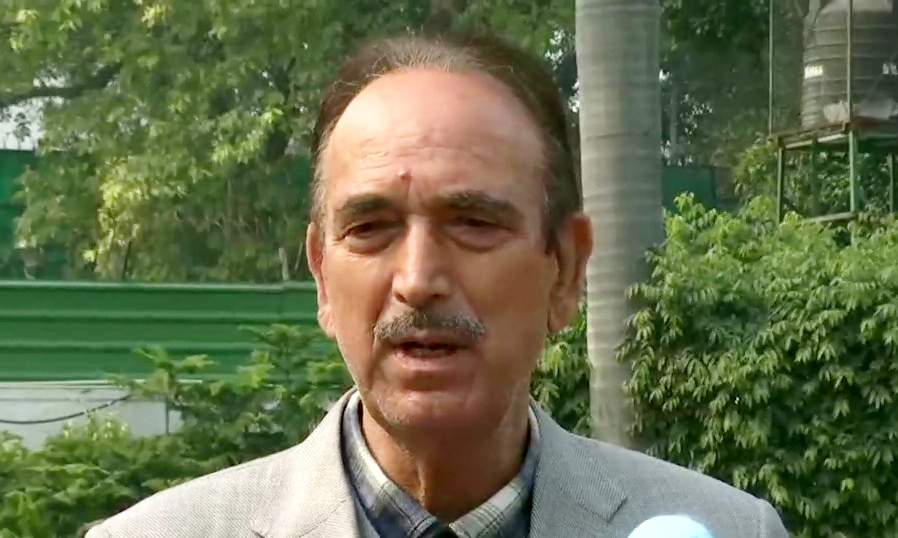 NEW DELHI, Oct 24: Senior Congress leader Ghulam Nabi Azad on Sunday said asked the Centre not to do the mistake of doing delimitation first in Jammu and Kashmir and then giving it a statehood.
“When PM invited political leaders from Kashmir at his residence, I had demanded that we’d like to have statehood followed by the elections. Other parties also demanded. Home Minister assured us that statehood will be granted and delimitation commission will give the report,” Azad said.
“I had requested both Prime Minister & Home Minister that we’re thankful to them that statehood is being granted and state shouldn’t have been divided into two. But having been divided, now you’ve agreed to give statehood but don’t do the mistake of doing delimitation first & then giving statehood,” Ghulam Nabi Azad mentioned.
“So, I think Home Minister has repeated the same. They would like to have delimitation first — I think they would like to have election first & then statehood. Our demand still today is that first statehood should be granted & that should be followed by elections,” Ghulam Nabi Azad expressed.
He further continued and said, “so, we are a great loser. We are a great loser after the state has been divided into two. We are a great loser ever since the Assembly has been dissolved.”
“We were told that scenario in J&K will change after the abrogation of Article 370. Growth, hospitals, unemployment will be taken care of. But that has not happened at all. As a matter of fact, we were far better when it was being ruled by various CMs.” (Agencies)