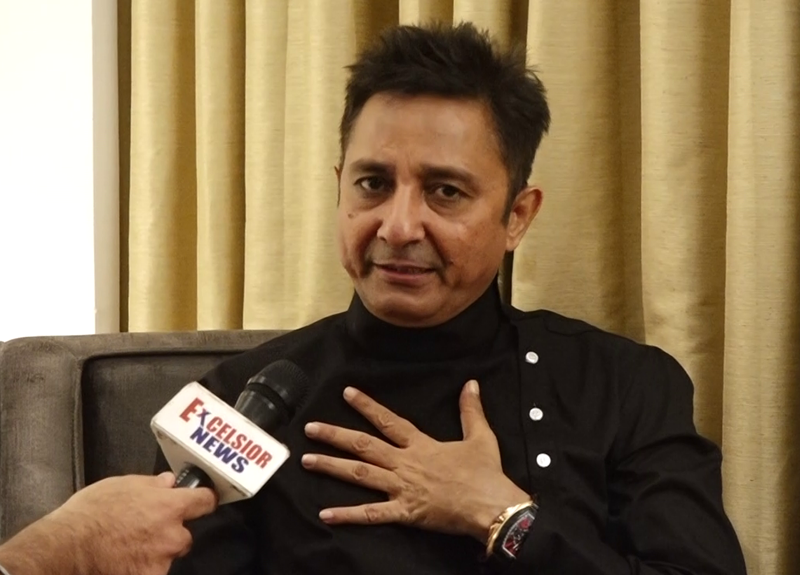 JAMMU, Oct 23: Acclaimed playback singer Sukhwinder Singh, who is all set to perform first time in Jammu tomorrow, has expressed his pleasure on getting the opportunity to be in the city of temples for a performance.
Click here to watch video
Excited over his maiden concert before the Jammuites at Police Auditorium in Gulshan Ground Jammu, the famous singer, during an exclusive interview with the Excelsior, disclosed that a big team of musicians would be accompanying him for the tomorrow’s concert.
“Usually my band comprises 12 to 15 persons, but here in Jammu, I am going to perform with 30 to 32 musicians and you can judge the enthusiasm,” he said and added that he was happy to visit Jammu particularly because he got the opportunity twice to sing Bhajans in praise of Mata Vaishno Devi this year during Navratras.
Even as I have been performing all over the world for the last more than one and half decade, I got the opportunity for a concert in Jammu for the first time and I am very excited for the same,” said Sukhwinder Singh.
Famous internationally for singing “Jai Ho” from the film Slumdog Millionaire, which won an Academy Award for Best Original Song and a Grammy Award for Best Song Written for a Motion Picture, Television or Other Visual Media, Sukhwinder Singh primarily sings Bollywood songs One of his most famous songs is “Chaiyya Chaiyya” from Mani Ratnam’s 1998 film Dil Se.., which was composed by A R. Rahman, written by Gulzar and sung in duet with Sapna Awasthi.
In response to a query with regard to more and more singers coming forward and displaying their talent these days, Sukhwinder Singh said that intensity of fragrance increase with more flowers in a garden.
“An artist is a clear hearted person. If you have no enmity, aggression or competition, no one can stop you to flow like a stream and shine as a star,” he opined and added that music takes one out from all sorrows and grieves.
Describing music as spiritual meditation and not just entertainment, Sukhwinder Singh suggested the budding singers to first identify their talent in particular subject and then concentrate on the same instead of following others.