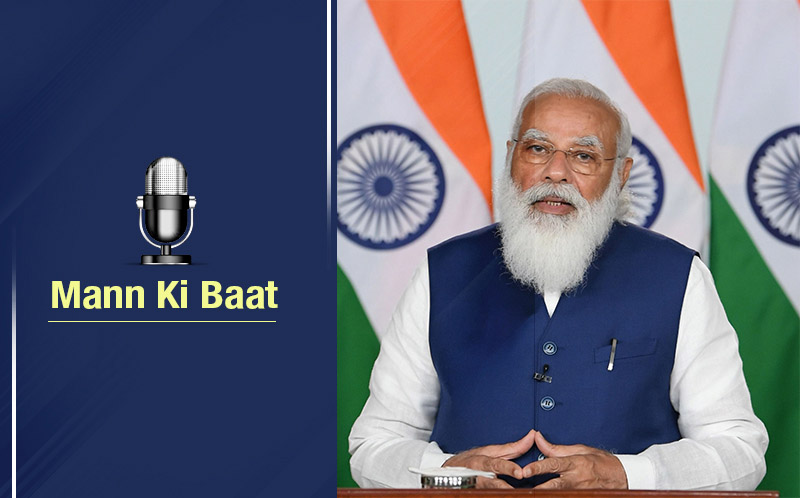 New Delhi, Oct 24: Prime Minister Narendra Modi on Sunday recalled the police personnel who had laid down their lives in the line of duty and highlighted that presence of women security personnel naturally instils a sense of confidence among the people, especially women.
Addressing the radio programme Mann Ki Baat today, the Prime Minister said, “Just a few days ago, on October 21, we celebrated Police Commemoration Day. On this day we especially remember our brave hearts of the police who have laid down their lives in the service of the country. Today I would like to remember these policemen along with their families. A tough service like the police is very difficult without the support and sacrifice of the family.”
“There is one more thing related to police service that I want to convey to the listeners of ‘Mann Ki Baat’. Earlier it was believed that services like army and police are meant only for men. But today it is not so. The statistics from the Bureau of Police Research and Development show that in the last few years, the number of women police personnel has doubled. In 2014, while their number was close to 1 lakh 5 thousand, by 2020 it has increased by more than double and this number has now reached up to 2 lakh 15 thousand,” the Prime Minister said.
The Prime Minister said, “Even in the Central Armed Police Forces, the number of women has almost doubled in the last seven years. And I’m not talking just about numbers. Today the daughters of the country are performing even the toughest duties with full force and zeal. For example, many daughters are currently undergoing one of the most difficult training, that of Specialized Jungle Warfare Commandos. They will be a part of our Cobra Battalion. Friends, today when we go to airports, metro stations or see government offices, brave women of CISF are seen guarding every sensitive place.”
In his address, the Prime Minister said that the most positive effect of this is on the morale of our police force as well as society. “The presence of women security personnel naturally instills a sense of confidence among the people, especially women. They naturally feel connected to women security personnel. Because of the sensitivity in women, people tend to trust them more. These policewomen of ours are also becoming role models for lakhs of other daughters of the country. I would like to request the women police personnel to visit the schools in their areas once the schools open and talk to the girls there,” PM said.
The Prime Minister felt assured that this conversation will give a new direction to our new generation and will also increase public confidence in the police. “I hope that more women will join the police service in future, lead the New Age Policing of our country,” PM Modi said. (Agencies)