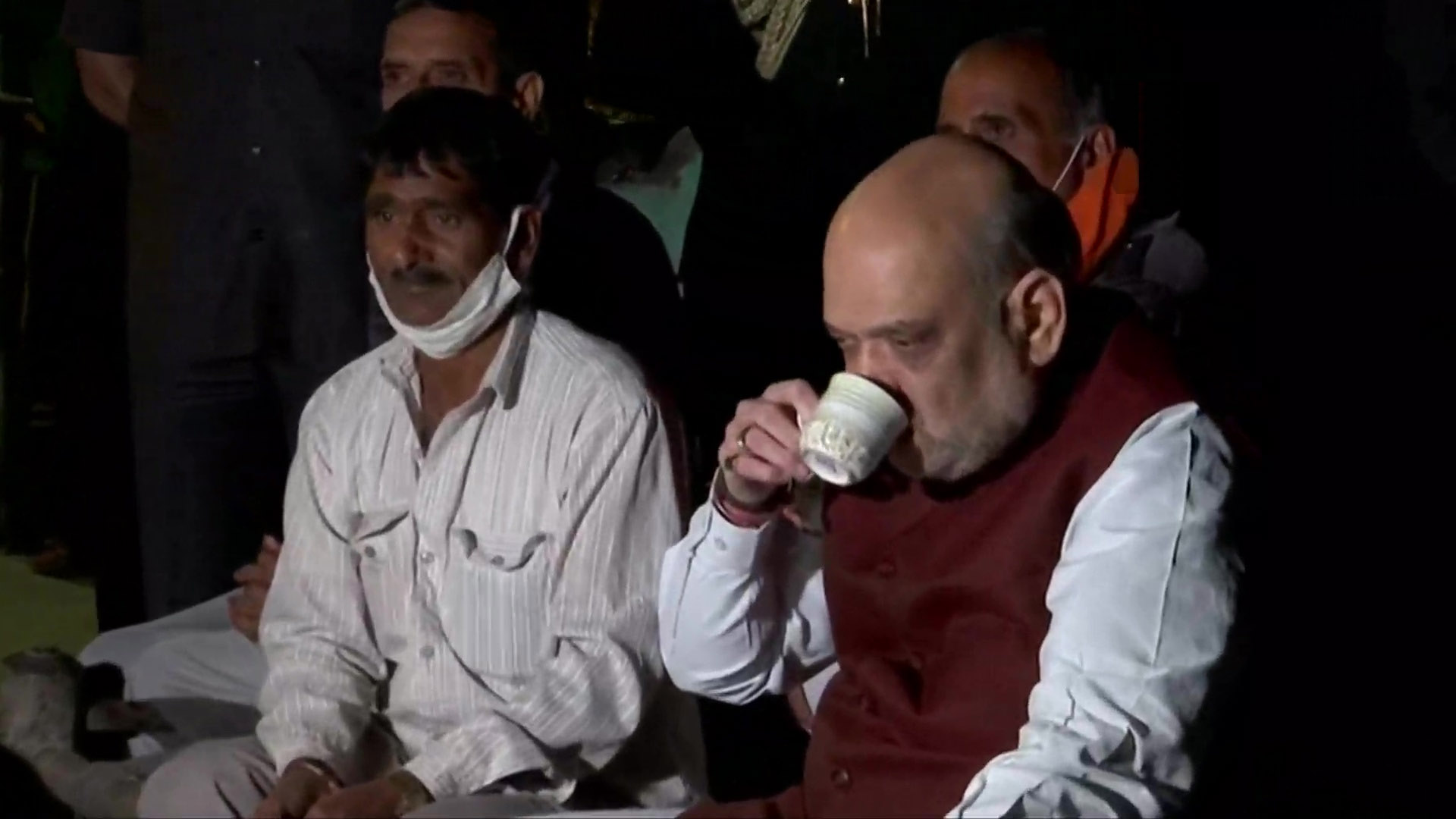 Jammu, Oct 24: Union Home Minister Amit Shah on Sunday visited forward areas at the Makwal border in Jammu and Kashmir.
Lieutenant Governor Manoj Sinha accompanied Shah to the forward areas at the Makwal border.
Shah also interacted with jawans and local residents as he visited forward areas in Makwal border, Jammu.
The Union home minister is on a three-day visit to the Union territory, the first time since the abrogation of Article 370 in August 2019.
His visit has come amid several incidents of killings of civilians by the terrorists in Jammu and Kashmir which is sparking fear in the valley.
Earlier in the day, Shah inaugurated two phases of a multi-disciplinary research centre and laid the foundation stone of the third phase of the centre at the Indian Institute of Technology (IIT), Jammu.
On Saturday, he met families of soldiers and civilians killed this month in a spate of terrorist attacks in Jammu and Kashmir. (Agencies)