Govt does not believe in buying peace in J&K: LG Sinha 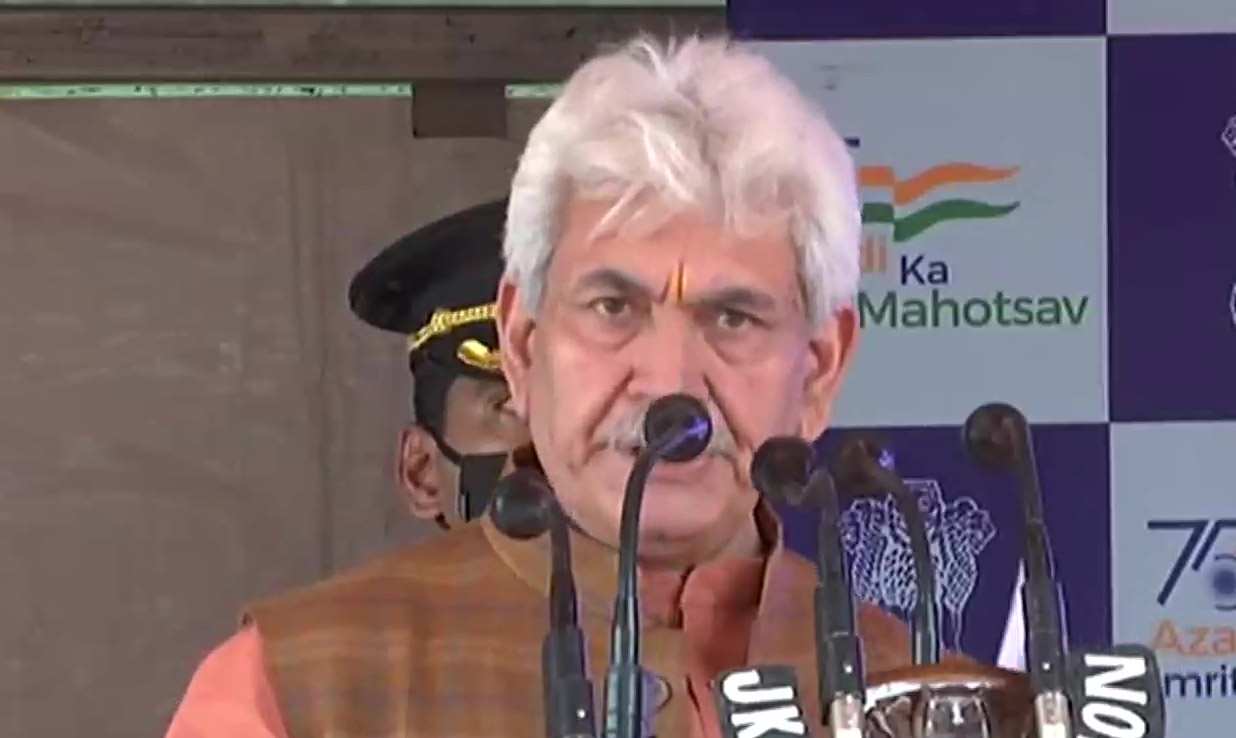 JAMMU, Oct 24: Jammu and Kashmir Lieutenant Governor Manoj Sinha Sunday warned those who incite people to trigger violence, saying the Government does not believe in “buying peace” but is firm on ensuring peace on the ground.
Sinha made these remarks at a public rally with Union Home Minister Amit Shah who is on his first visit to Jammu and Kashmir after the repeal of Article 370 in August 2019.
Sinha said Kashmiri migrants faced “grave problems” and his administration launched an online portal to address them. “We received 6,000 complaints and out of which 2,000 have been resolved and rest will be resolved too.”
He said some people are making “unholy attempts to incite emotions among of the people of Kashmir to trigger violence”.
“I want to tell them that they should know whose government is there in Delhi and who India’s home minister is,” he said, warning the trouble-mongers, “The government does not believe in buying peace, but it believes in firm implementation of peace on the ground in J&K.”
The LG said the government will defend peace and ensure the life of people in Jammu and Kashmir is safeguarded.
“We want to assure you — the way the Union home minister conveyed to us in the security meeting — I want to reassure you that it is our prime duty and responsibility to safeguard the life and properties of 1.25 crore people of this UT, particularly those belonging to the minority community,” he said.
The LG also mentioned the killings of 11 civilian in the valley in October alone. Five of those killed were labourers from Bihar, while three, including two teachers, belonged to minority communities in Kashmir. (Agencies)