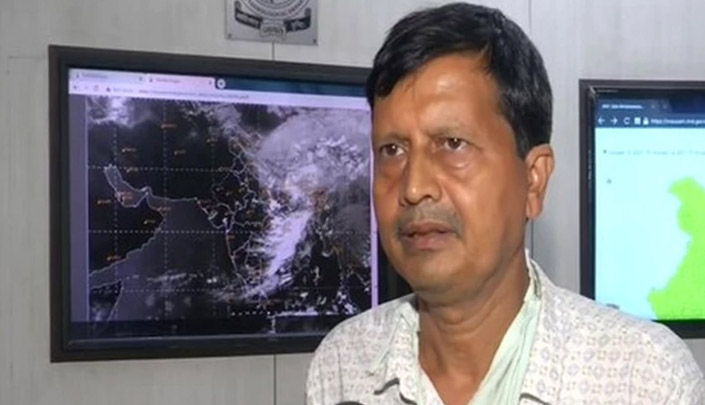 New Delhi, Oct 24: India Meteorological Department Senior Scientist RK Jenamani on Sunday said the eastern part of Jammu and Kashmir and Ladakh may receive heavy rain and snowfall at isolated places in the next 24 hours. Jenamani said Jammu and Kashmir has been witnessing heavy rainfall including snowfall in the last 24 hours. Kashmir was mainly affected and Udhampur observed the highest rainfall of 130mm.
“During the last 24 hours till 8.30 am, we have received heavy to very heavy rainfall including snowfall over Jammu and Kashmir. Mainly Kashmir area has been affected. Udhampur observed the highest rainfall of 130mm,” he said. Speaking further, Jenamani informed that Himachal Pradesh will be affected today.
“We are monitoring it and also issued a warning regarding that. In Delhi and Haryana, some light rain may occur,” he said. In Delhi, the temperature will come down to 15 degrees. AQI will remain from moderate to satisfactory till October 28, he added. (Agencies)