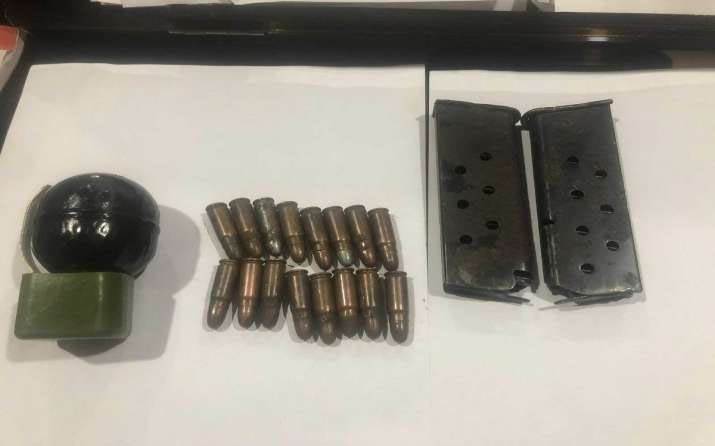 SRINAGAR, Oct 23: The Jammu and Kashmir police, along with security forces on Saturday arrested a terrorist associate linked with proscribed terror outfit TRF (LeT) in Baramulla. The officials recovered incriminated materials including ammunition from his possession.
Baramulla Police, along with the army and CRPF said that the accused arrested was identified as Farooq Ahmad Malik, who was a resident of Kitchama.
Incriminating materials including a Chinese Hand Grenade, two pistol magazines, and 16 live pistol rounds were recovered from his possession.
The officials said that the accused arrested was reportedly in close contact with an active terrorist, Hilal Ahmad Sheikh resident of Shrakwara Kreeri, and was providing logistics supply and other material support to him.
The Police said that a case was registered and investigation is on the way. (Agencies)