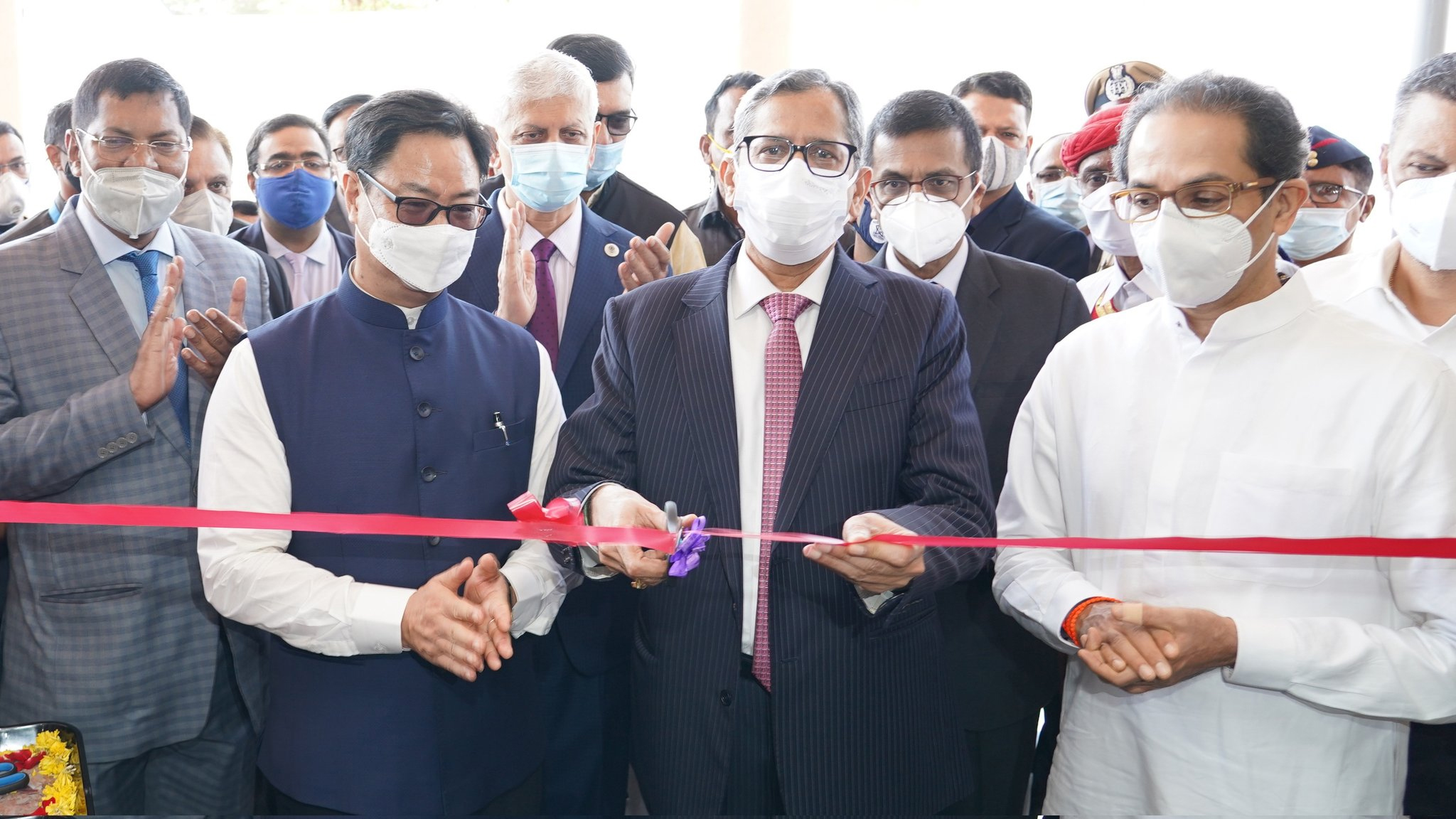 Aurangabad (Maharshtra), Oct 23: Chief Justice of India NV Ramana on Saturday said that he has urged the Minister of Law and justice Kiren Rijiju to take up the proposal of establishment of the National Judicial Infrastructure Authority in the upcoming session of the Parliament.
“I have sent a proposal for the establishment of the National Judicial Infrastructure Authority to the Minister of Law and Justice. I urge the Minister to expedite the proposal to be taken up in the upcoming session of the Parliament,” said Justice Ramana during the inauguration of the Annexe building of Aurangabad Bench of Bombay High Court.
“Courts are extremely essential for any society. People’s faith in the judiciary is the biggest strength of democracy. Courts assure guarantee to the constitutional right to justice,” he added.
CJI stated, “Good judicial infrastructure for courts has always been an afterthought. It is because of the mindset that courts in India operate from dilapidated structures making it difficult to perform judicial functions.”
Earlier in September, Chief Justice of India Nuthalapati Venkata Ramana said that the country’s judicial system is facing difficult challenges like deficient infrastructure, shortage of administrative staff, and huge vacancies of judges and asserted that India needs National Judicial Infrastructure Corporation.
While speaking at the felicitation ceremony hosted by the Bar Council of India in his honour, CJI Ramana said he will present a voluminous report detailing how many court buildings, chambers and facilities to Law Minister Kiren Rijiju.
While, Law Minister Kiren Rijiju said,” the judiciary is not only being given full support but also they are being given space for the judiciary to become robust. In democracy to make our democracy successful, a robust judiciary is of the utmost importance”.
Rijiju added that the government has taken many decisions to provide support to infrastructure to the judiciary. (Agencies)