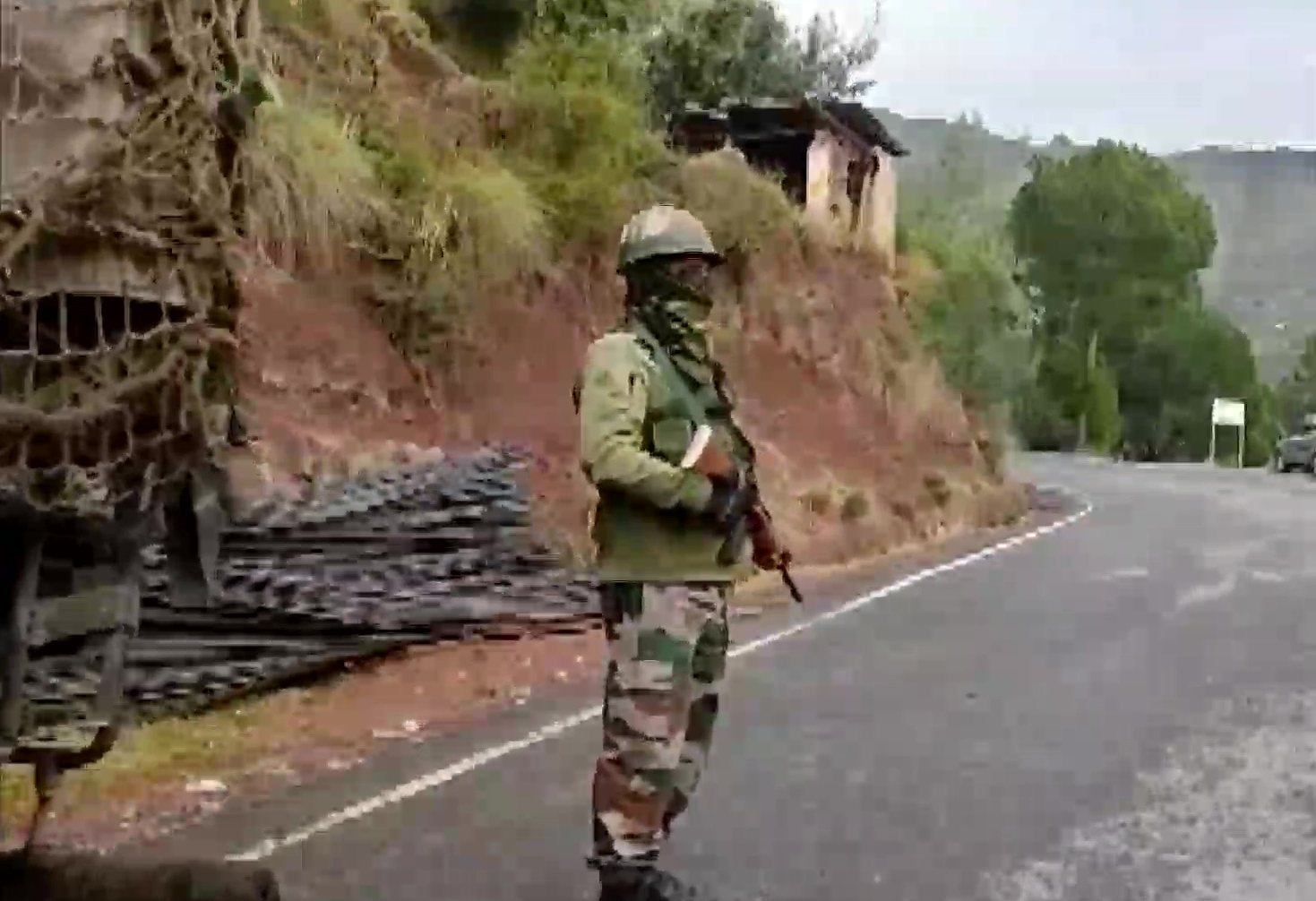 Poonch, Oct 23: Indian Army’s counter-terrorism operation in the Bhata Durian forest area of Jammu and Kashmir’s Poonch district on Saturday, despite bad weather and rain.
According to police, vehicular traffic had been suspended on the highway between Karan Wali Gali and Bhimber Galia—a stretch of 20 kilometres. The counter-terrorism operation was initiated after five Army personnel were killed during an encounter with terrorists in the area. The search operation by security personnel has been continuing for the last ten days now.
Indian Army special forces have been deployed to search and target small groups of terrorists hiding in the thick forests there.
On Tuesday, sources said that “As per the ground assessment, there may be two to four terrorists operating in small groups. Forces are moving carefully inside the dense forest areas to hunt them down.”
Sources said areas are being sanitised and all necessary measures are being taken. They said both the Chief of Defence Staff and the Army chief have been briefed about the ongoing operations.
Nine Army soldiers have lost their lives in these operations.
Five Army personnel including a Junior Commissioned Officer (JCO) were killed in anti-terrorist operations in the DKG area of Rajouri adjoining the Poonch sector on October 11. (Agencies)