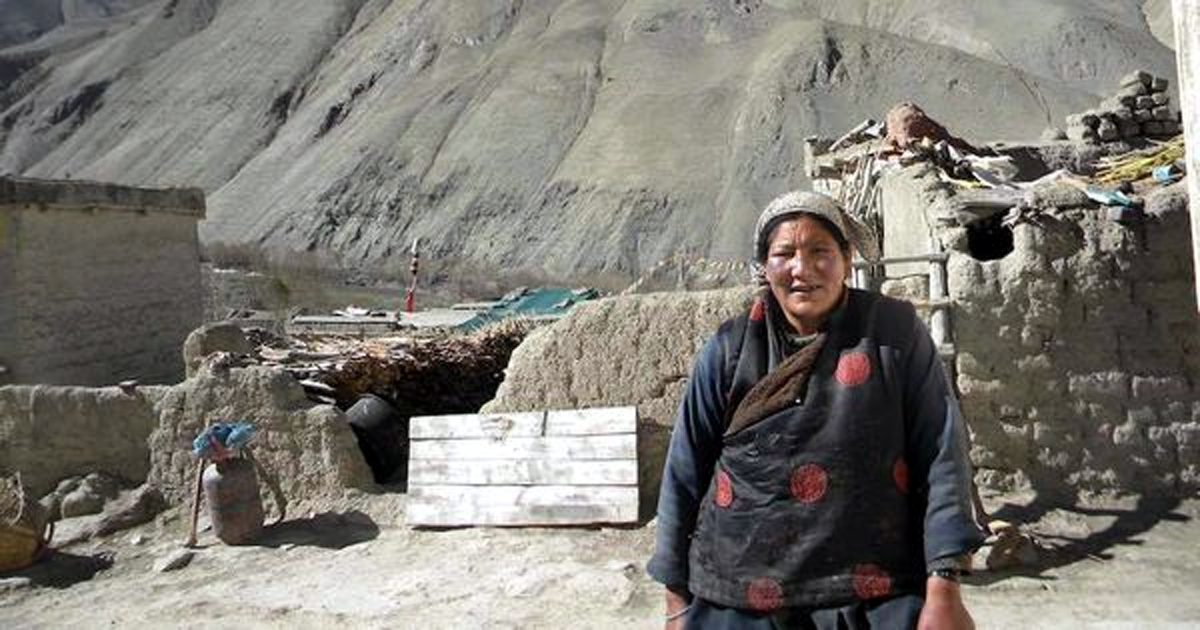 Picturesque houses open for tourists
LEH, Oct 21: Opening their picturesque homes for tourists has been the way towards empowerment, both social and financial, for women in Ladakh’s Phyang village who have long worked unseen as cook, cleaner and farm worker – and are now finding new confidence as mini-entrepreneurs.
With many of the men working for the Army and away from home for months, the women of Phyang, a mountain village about 15 km from Leh with great views of rugged peaks and cloud laden blue skies, are slowly coming into their own as homestay hosts.
“After all these years of being at home, I feel like I am not even smart enough to talk to people but I think being a host will help me interact with more people, and also help brush up my Hindi,” Tsering Dolker, a 36-year-old host, said.
Her husband is currently posted as a ‘hawaldar’ in Berchok glacier, and is home for barely two months in a year.
Tsering, who gave up her job as a data operator in Doordarshan soon after she got married, has spent much of the years since bringing up her two boys aged seven and 13, and farming, selling the wheat and potato from her land to make a living.
The opportunity of earning a living by hosting travellers in her home has come as a “convenient” solution to all her problems.
“At this point, we don’t have many money issues because my husband has a good salary. But he will retire in another two years and the cost of our children’s education is only expected to increase. So earning through this homestay will help a huge deal,” she said.
Tsering has a traditional Ladakhi home, with five rooms, two of which the family has kept. The remaining have been registered on Airbnb.
The online travel portal has tied up with non-profit organisation Self Employed Women’s Association of India (SEWA) for Hum Sab Ek, an initiative that is looking at empowering women to become micro-entrepreneurs by helping them turn into homestay hosts.
As part of this SEWA-Airbnb partnership, 10 homes in Phyang village have been listed on the travel portal, and the number is expected to increase in the coming years.
“We are proud to extend our partnership with SEWA in Ladakh and help empower local women Hosts on Airbnb to secure their financial independence and bring valuable tourism dollars into their communities.
“As part of our broader efforts to help rebuild tourism for the benefit of local communities, we aim to work together with these micro-entrepreneurs to promote sustainable and responsible travel and stays that contribute to resilient local economies and support jobs,” said Amanpreet Bajaj, general manager, Airbnb India, Southeast Asia, Hong Kong and Taiwan.
The initiative is critical to the process of empowerment, both social as well as financial, in Phyang village.
In most households here, women are the central figure doing all kinds of jobs, including cooking and cleaning within the homes and farming outside. Their work, much like household work throughout the country, has traditionally gone unrewarded and unrecognised.
But change is afoot and the women, visibly shy and under confident, are looking at becoming arbiters of their lives and that of their families.
Like Tsering, turning homestay host has opened windows for Tsewang Dolma, whose world came crashing down in 2010 when her husband suddenly passed away. Tsewang, now 50, had spent much of her life being dependent on first her father, then her husband.
When her husband died, she had to fend for herself and her three children, the oldest of whom was only 10 at the time. She monetised the one skill she had – cooking – but that got her no more than Rs 8,000 a month. Life would have continued in much the same manner had it not been for the SEWA-Airbnb Hum Sab Ek initiative.
“I am really excited about becoming a host. I have worked so hard all my life to earn the bare minimum. It wasn’t easy to earn a living, and take care of three children. But now, I can work from my home, be close to my children and still earn enough,” she said.
Chery Dolker, half Tsewang’s age at 25, has also found a new mission with Hum Sab Ek.
A Nepali by birth, Chery was adopted by a Ladakhi couple as a child and, as grateful as she is to them, she has always wanted to make something of herself.
With the family — her parents, brother, his wife and child — perpetually caught in a too-many-mouths-to-feed situation, Chery dropped out of school early on to take care of the house.
The family has a two floor house with a lovely garden patch in the front where fruits and vegetables of all kinds are grown. The produce sold in the Leh market was the family’s primary source of income.
“But becoming a host will change everything,” she said optimistically.
The tariffs for rooms at these homestays in Phyang is Rs 2,000 per night. These come with all basic room amenities, great views as well as an opportunity for travellers to experience Ladakhi life in its truest form.
The kitchens and dining spaces in these houses are stocked with Ladakhi food, including traditional breads, local fruits such as apricots and seabuckthorn berries, which are also consumed as jams and juices.
Homestays in Phyang come as a welcome addition to the tourism scene in Ladakh which has homestays in popular destinations, including Leh, Nubra Valley, Alchi, Siachen and Pangong. (PTI)